Will Power wins Indy road course for first of season 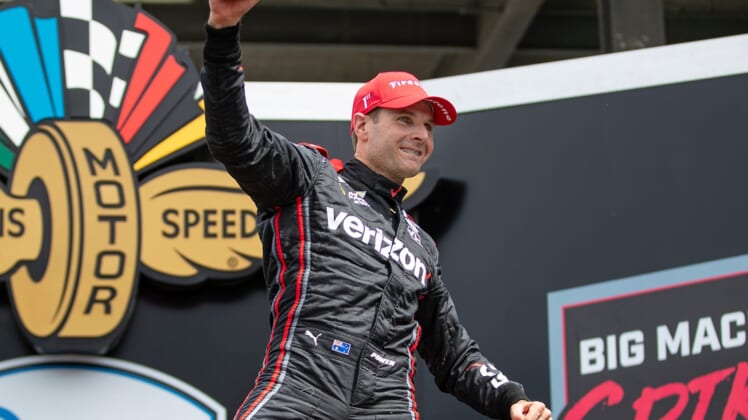 Will Power held off Romain Grosjean on Saturday at the Indianapolis Motor Speedway road course for his first IndyCar win of the season and 40th of his career.

Power finished 1.1142 seconds ahead of Grosjean to move into fifth place all-time for career wins on the IndyCar circuit. It was also Power’s sixth career win at Indy, fifth on the road course, tying him with NASCAR’s Kyle Busch for most wins at the storied track.

“We needed that as a group,” Power said after prevailing on the 14-turn, 2.439-mile course. “I can’t tell you how good these guys have been all year. Flawless on pit stops. They’ve given me the car, and we’ve had some bad luck. I’ve made some mistakes, as well.”

Colton Herta, Alexander Rossi and Pato O’Ward rounded out the top five. O’Ward pulled within 21 points of series leader Alex Palou, who was forced out of the race on Lap 68 with mechanical problems.