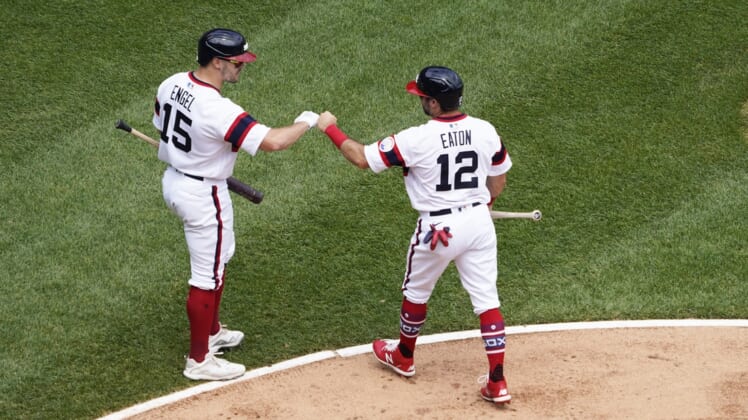 Tony La Russa moved into sole possession of second place on the managerial win list with 2,764 victories as the Chicago White Sox held on for a 3-0 win over the visiting Detroit Tigers on Sunday afternoon.

Tim Anderson went 2-for-4 with two RBIs to lead the White Sox at the plate. Chicago won three of four games in the series against its division rival and improved to 23-10 at home.

Jonathan Schoop and Eric Haase each doubled, which marked the only extra-base hits for Detroit.

White Sox right-hander Dylan Cease (4-2) scattered five hits and walked one while striking out 10 in seven scoreless innings. The right-hander threw 99 pitches, including 67 for strikes.

Tigers right-hander Jose Urena (2-5) gave up three runs on six hits in five innings. He walked two and struck out one before giving way to the bullpen in the sixth.

Chicago closer Liam Hendriks pitched a perfect ninth for his 15th save, which leads the American League. He struck out a pair of Tigers batters and threw 11 of 13 pitches for strikes.

The White Sox scored three runs in the second inning to grab the lead.

Adam Eaton started the offensive production when he hit a one-out triple to left field. Andrew Vaughn singled to left field in the next at-bat to drive in Eaton for the game’s first run.

Two batters later, Nick Madrigal doubled to left field to put runners on first and third base with two out. Anderson followed with a single to center field to drive in Vaughn and Madrigal.

White Sox center fielder Adam Engel provided a defensive highlight in the top of the fifth when he robbed Niko Goodrum of a home run. Engel ran to the warning track and timed his jump to snare the ball as he reached above the wall in right-center field.

Jose Abreu had the day off for the White Sox.