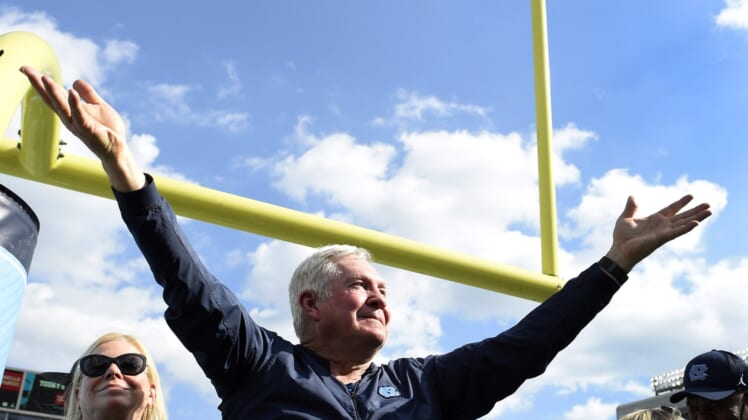 British Brooks rushed for two touchdowns and North Carolina used a pair of reserve quarterbacks in a 34-14 win against visiting Wofford on Saturday afternoon in Chapel Hill, N.C.

Brooks scored on runs of 38 and 14 yards in the nonconference contest, finishing with seven carries for 89 yards.

Record-setting quarterback Sam Howell sat out with an injury, giving him time to rest for Friday’s regular season finale at rival NC State.

North Carolina (6-5) became bowl eligible for the third year in a row and handed Wofford (1-10) its 10th straight loss to end its season. The Tar Heels put the game away with 24 unanswered points spanning the second and third quarters.

Jacolby Criswell was the first-half quarterback for North Carolina and scored on a 1-yard run for a 7-0 lead.

Drake Maye was under center for the second half and threw a touchdown pass. He also led a 14-play touchdown drive that took 7:05, marking the most plays and the longest duration for a UNC possession this season.

Ty Chandler racked up 78 yards on the ground on 10 attempts and North Carolina piled up 305 rushing yards, with Criswell accounting for 66 of those on five carries.

Kyle Pinnix and Ryan Ingram scored on touchdown runs for the Terriers.

Wofford quarterback Peyton Derrick ran for 69 yards on eight carries and also threw for 93 yards with one interception.

It was the first-ever meeting between the teams, who combined for 84 rushing attempts.