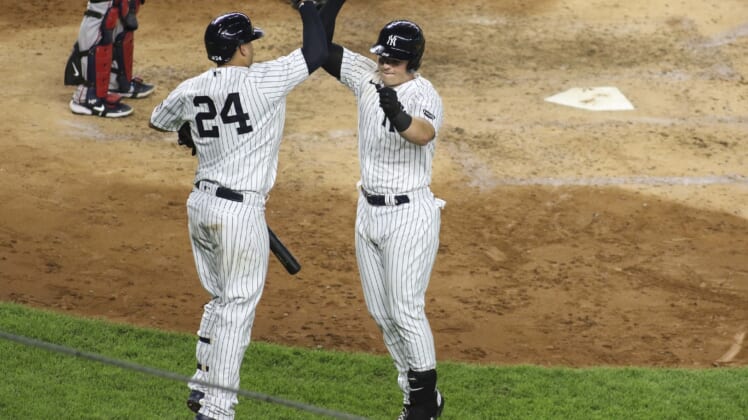 The New York Yankees did not get off to a great start in the opener of their twin bill against the Philadelphia Phillies on Wednesday, losing by the score of 11-7.

It was among the first seven-inning games in Major League Baseball history after the league changed its rules for the 2020 season due to the pandemic.

Luke Voit started the second half of the doubleheader with the goal of making sure the Pinstripes were not swept. That included a monster 420-foot homer against Phillies starter Aaron Nola in the second inning to give New York a 1-0 lead.

The ball left Citizens Bank Park at north of 108 miles-per-hour and was an absolute shot. It also represented Voit’s fourth homer of the season, continuing an onslaught from the World Series favorites through the early portion of the schedule.

We know all about Aaron Judge and Giancarlo Stanton. But if the Yankees can continue to get production like this from lesser-known players, it bodes well for their chances during a truncated 2020 season.