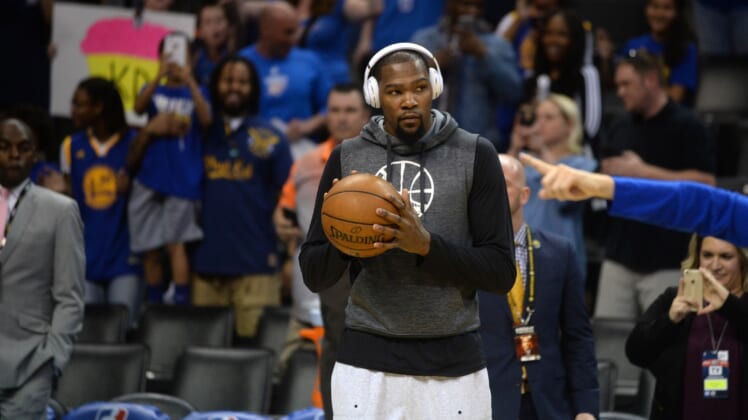 Rihanna was courtside Monday night at Oracle Arena to witness Kevin Durant and the Golden State Warriors destroy LeBron James the Cleveland Cavaliers. Along the way, Durant absolutely abused James on a dunk, which was quite a sight to behold.

A big-time Cavs fan, Rihanna kept taunting Durant throughout the contest, at one point yelling for him to “Brick!!” during a free-throw attempt. Durant didn’t take kindly to the chatter and stared her down multiple times after draining shots.

Durant vs. Rihanna is the main event. KD drills 3 and stares her down into oblivion ?? pic.twitter.com/NS3TfvINmE

In the end, not only did Durant get to stare down Rihanna, but his Warriors got the last laugh with a 113-91 shellacking of the defending champs. In the process, Durant went off, scoring 38 points (a game high), hauling in eight rebounds and dishing eight assists.