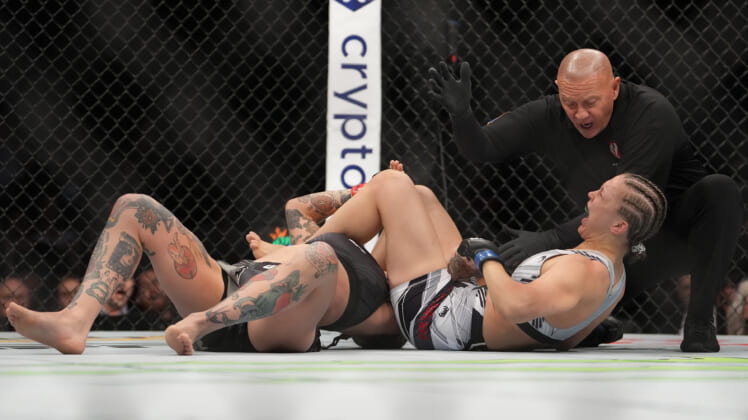 UFC 276 kicked off with a fight that lasted just 42-seconds and ended with Octagon veteran Jessica-Rose Clark getting her elbow dislocated.

Both Clark and women’s bantamweight opponent Julija Stoliarenko entered the event inside the T-Mobile Arena looking to get back into the win column. However, the pressure was much more on Stoliarenko after the 29-year-old lost her last three. A fourth could very well have led to the end of her tenure in the UFC. She fought like a desperate competitor on Saturday night.

Related: Exclusive – Cody Stamann down for a ‘dream’ fight against Frankie Edgar

Less than 10 seconds into the bout, Clark landed a right hand that seemed to wobble the Lithuanian and had her looking to avoid big-time followups shots. However, she quickly recovered and was able to land some heavy artillery of her own. When Clark looked to respond, Stoliarenko scored on a well-timed double-leg takedown and took the fight to where she had the advantage.

Stoliarenko’s strength as a grappler quickly showed as she passed the guard, worked her way to snatch up Clark’s left arm, and attempt a fight-ending armbar finish. While the 19-fight veteran tried to defend, it was not long before Stoliarenko was able to gain the right leverage and crank Clark’s arm completely in the wrong direction. Forcing the tap at 4:19 of the opening round.

Clark immediately grabbed her elbow after the tap. Here’s hoping whatever injury she incurred was just a dislocation and not any torn elbow ligaments. 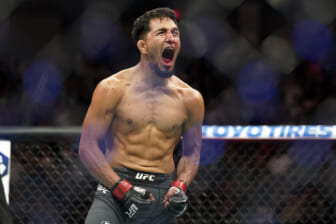 Also Read:
EXCLUSIVE: Adrian Yanez wants a Frankie Edgar fight but don’t expect a Twitter callout, ‘I respect the hell out of him’

The victory moves Stoliarenko’s record to 10-6 overall and is her first win inside the Octagon after four UFC appearances. For Clark, it is a second consecutive loss — both by armbar in the first round. She has lost in four of her last six bouts.