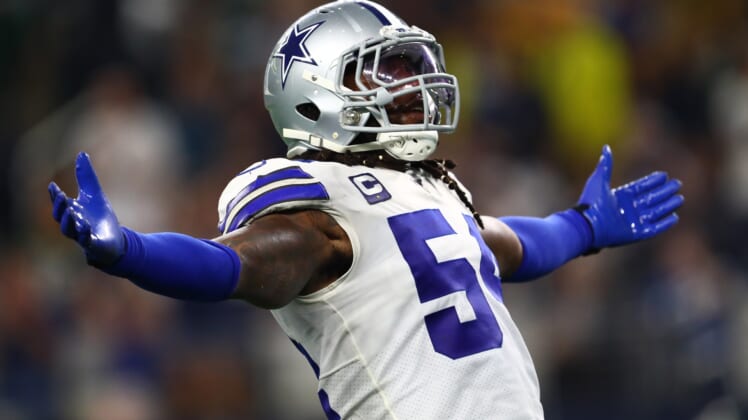 The Dallas Cowboys had a strong go at it to start “Thursday Night Football” against the Chicago Bears, scoring a touchdown on their opening drive.

One play prior to that, multiple Cowboys defenders converged on Bears receiver Javon Wims for a pass break up in the end zone.

Following the play, Wims was down on the turf at Soldier Field in a nice amount of pain. That did not stop Cowboys linebacker Jaylon Smith from celebrating with a throat-slash gesture as he looked down on the receiver on the turf.

This is all sorts of ugly. There’s absolutely no room for this on the football field. It’s another bad look for the NFL weeks after another ugly scene in Cleveland on “Thursday Night Football.”

Smith should also know better. He suffered a devastating leg injury during his college days at Notre Dame. If anyone knows how serious injuries can be, it’s Smith.

The hope here is that he sees the highlight after the game and finds a way to apologize to Wims.