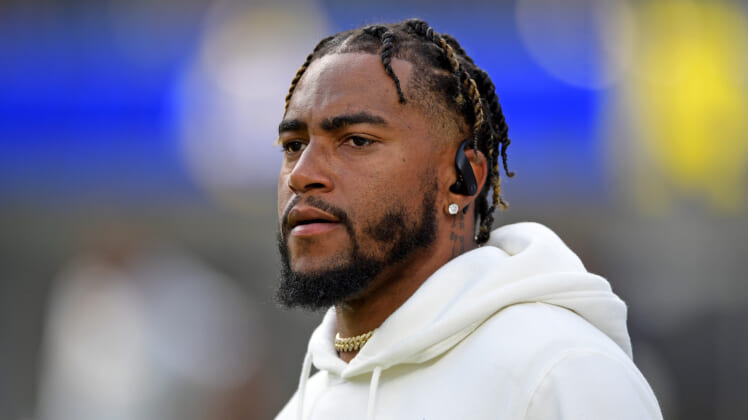 DeSean Jackson signed with the Los Angeles Rams to make big plays in his hometown in even bigger moments. It all came to fruition in Week 3, with Jackson torching the Tampa Bay Buccaneers for a 75-yard touchdown.

Days before the game, head coach Sean McVay vowed to get Jackson more involved. The Rams now have a deep-throw maestro in Matthew Stafford under center, but the downfield shots to the Rams’ 34-year-old receiver weren’t connecting.

The trend continued in the first half, with Stafford and Jackson missing two opportunities for huge plays. But with Los Angeles coming out of halftime with a 14-7 lead at SoFi Stadium, McVay drew up another heave and Stafford didn’t miss this one.

It’s as if the Buccaneers forgot Jackson was on the field. The Los Angeles native coasted into the end zone on a 75-yard touchdown, striding into the Rams’ tunnel and celebrating every second of the moment. When he returned, McVay was there waiting to celebrate with him.

After only playing in five games last season with the Philadelphia Eagles and missing so much time the past two years with injuries, Jackson is loving life back home with the Rams.