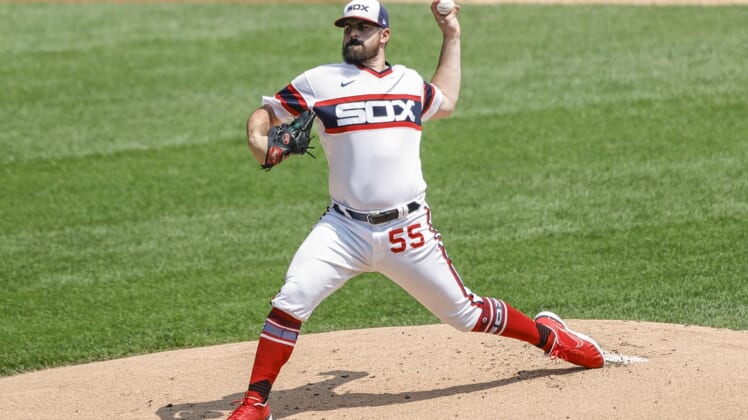 Carlos Rodon struck out 10 batters and allowed only one hit in seven strong innings, and the Chicago White Sox pulled away for a 4-0 win over the visiting Houston Astros on Sunday afternoon.

Rodon (8-3) earned his second straight win and pulled within one victory of his career high. He issued no walks and threw 68 of 98 pitches for strikes in his first start since representing the American League in the All-Star Game.

Yoan Moncada and Tim Anderson each homered for the White Sox, who took two out of three games in the weekend series. Chicago has won seven of its last eight games overall.

Abraham Toro had a single for the Astros’ lone hit. Houston was shut out for the fourth time this season.

Astros left-hander Framber Valdez (5-2) took the loss for the first time since June 26. He gave up four runs on seven hits in 6 1/3 innings. He walked two and struck out four.

White Sox relievers Michael Kopech and Liam Hendriks pitched one scoreless inning apiece to preserve the shutout. No Astros runners reached second base during the game.

The White Sox opened the scoring in the bottom of the second. Billy Hamilton reached on a fielder’s choice, advanced to second when Seby Zavala was hit by a pitch and scored on Danny Mendick’s shallow single to left.

Moncada led off the fourth with a homer to increase the White Sox’s lead to 2-0. His 383-foot blast over the wall in left field marked his sixth homer of the season and his first since June 3 against the Detroit Tigers.

Anderson followed suit with a solo shot in the fifth. The opposite-field drive was his eighth homer of the season and his second in as many days against the Astros.

In the seventh, the White Sox increased their lead to 4-0. Adam Engel hit an RBI single to center field to score Mendick, who led off the inning with a walk and advanced to second on a groundout.