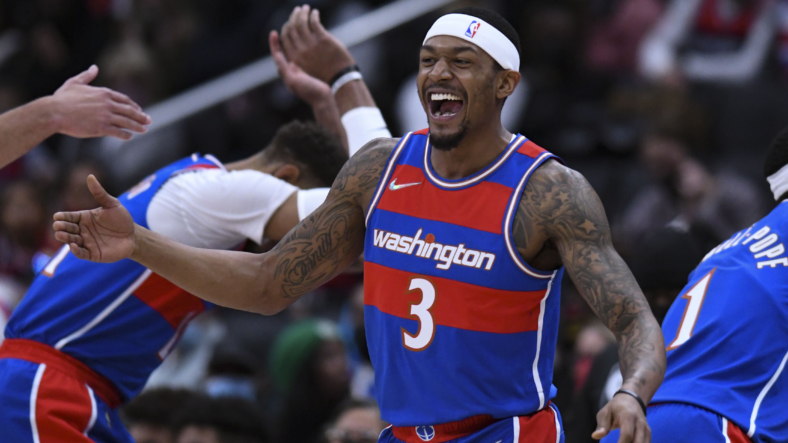 Despite having an overabundance of swingmen beyond what is probably necessary, the Washington Wizards aren’t expected to make any trades before the season to clear out their logjam and improve other parts of the roster.

While the Wizards don’t have a roster overflowing with All-Star talent, there is one area they can look at with pride as an area of strength. And that is the swingman spot — consisting of the team’s shooting guards and small forward. The team has three players with good to All-Star level potential and a few more that project to be very solid rotation players.

However, there is but so much playing time to go around, and some worthwhile talent that might ride the bench for the majority of the new season if the team stays healthy. Team legend Bradley Beal, summer addition Will Barton, and 2022 first-round pick Johnny Davis are locks to receive the bulk of the playing time at the two swing positions. That leaves Corey Kispert, Deni Avidija, and Rui Hachimura left to divvy up the rest of the minutes.

The logical thought would be to move one or two of the latter three — all of whom are former first-round picks in the last three years — to improve and add depth to other positions. However, The Athletic’s Wizards beat writer Josh Robbins doesn’t see a trade in the cards for any of Washington’s swingmen.

In a Thursday column, Robbins explained why the organization probably doesn’t see an overlap of talent at the two positions and how the Wizards likely view a trade of any of the former first-round pick backups.