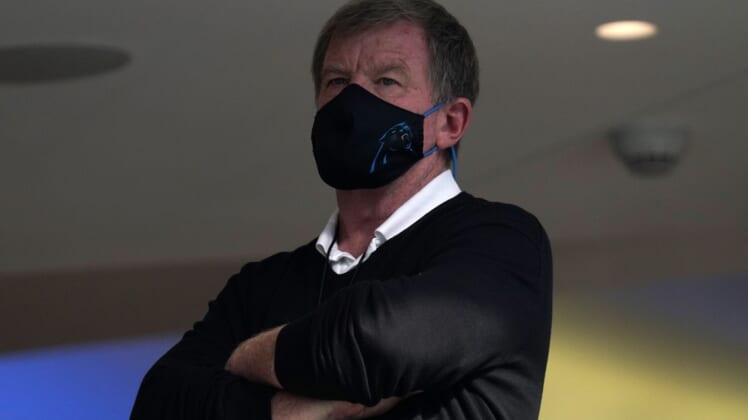 The Washington Football Team continued its overhaul of the front office by naming Martin Mayhew as its new general manager and Marty Hurney as executive vice president of player personnel on Friday.

Hurney, the former Carolina Panthers general manager, had been expected to land the GM role before it went to Mayhew.

Mayhew, who will report to head coach Ron Rivera, previously served as GM of the Detroit Lions from 2008-15. He spent the last four years with the San Francisco 49ers, including last year as vice president of player personnel.

Between those jobs, the former NFL cornerback was director of football operations for the New York Giants.

“Martin is a proven general manager who will bring a wealth of knowledge and experience to the organization,” Rivera said in a statement. “He will be an integral part of running the daily football operations and will allow me the opportunity to focus more on coaching.”

“Marty has a proven track record as a successful scout and General Manager and will be a vital part of shaping our roster,” said Rivera.

Carolina fired Hurney in December while he was in a second stint as GM following a 4-10 start. He was previously dismissed in 2012. The Panthers finished the 2020 season 5-11 in their first season under head coach Matt Rhule.

Hurney was first named GM in 2002, having been promoted from his role as director of player operations. He had an immediate hand in developing the rosters that advanced to two Super Bowls — in 2003 and 2013 — including drafting one-time franchise cornerstones Cam Newton and Luke Kuechly.

Washington finished the regular season 7-9, earning a playoff berth in the NFC Wild Card round where it lost to the Tampa Bay Buccaneers, 31-23.