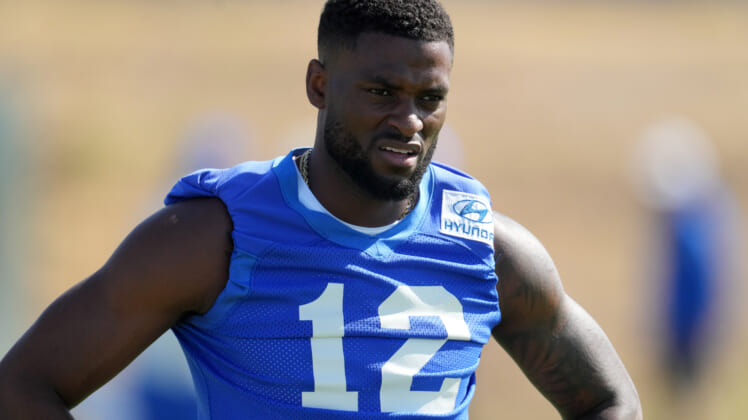 UPDATE: The Los Angeles Rams announced Van Jefferson will see a knee specialist on Monday. He’s been rehabbing his knee but has experienced issues as of late. The checkup will help determine what’s going on and whether he may or may not require surgery in the near future.

The Los Angeles Rams already had one of the strongest wide receiver rooms in football a year ago. They’ve since added Allen Robinson to a core that also features Cooper Kupp and Van Jefferson.

With the Rams ramping up their training camp activity with every day that passes, on Saturday the team was missing a key member of their unit, and officially, the team doesn’t have an explanation for his absence from the lineup.

Van Jefferson had surgery this past offseason after battling through various knee injuries last season. This was described as a ‘cleanup’ procedure, and on July 23rd, he had been declared “100% healthy“.

So, it wouldn’t appear as this absence is due to injury unless he’s experienced a setback or perhaps another ailment.

But head coach Sean McVay was asked about why one of his top receivers was unable to practice on Saturday, and he didn’t offer any explanation, suggesting he himself didn’t have a clue.

Jefferson is just 26, is coming off his second season in the NFL after being the 57th pick in the 2020 NFL Draft and posted new career highs with the Rams in 2021.