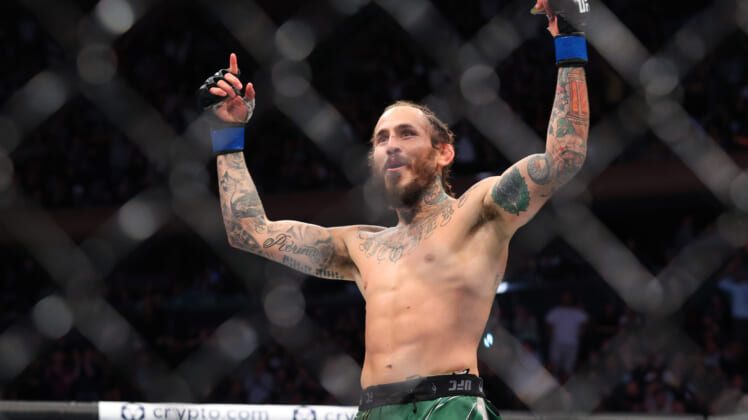 The UFC Vegas 53 results offered up a plethora of highlight finishes and intriguing outcomes in Saturday’s latest installment of Octagon violence.

In the headliner, top-10 bantamweights Rob Font and Marlon Vera went toe-to-toe in the hopes of improving their place among the division’s best. In the end, “Chito” left the event with a dominant win that saw him badly hurt Font multiple times and likely steal away his spot in the top five of the rankings.

The Las Vegas-based card also featured quite a few interesting matches, including Gerald Meerschaert versus Krzysztof Jotko at middleweight and Andre Arlovski against Jake Collier in the co-main event. Plus, UFC stalwarts Andre Fili, Darren Elkins, and Jared Gordon also returned to action.

Let’s take a look at the biggest winners and losers from the UFC Vegas 53 results on April 30.

Marlon Vera is on an absolute tear. There were doubts if he truly was a top-five level fighter before Saturday, but he proved without a shadow of a doubt he is by badly pummeling and disfiguring the face of Rob Font. Despite rounds where he was out techniqued and seemed to take a ton of strikes from his opponent, he walked through it all and put a beating on a world-class fighter. It seemed impossible before, but Vera could earn a title fight in 2022.

There was a great deal of risk and very little reward in Font’s booking against Vera. And unfortunately for him, he suffered a major setback in his UFC Vegas 53 loss to “Chito.” While he showed absurd toughness and was winning multiple rounds at times, just like the Aldo fight, he was caught with damaging shots that dropped him and cost him rounds. After winning four straight and being in the thick of title contention, he has lost two consecutive and will have to use the rest of the year to climb his way back into the spot he just lost.

At 43-years-old he isn’t thrashing foes as he did in his heyday, but Andrei Arlovski is still winning fights in the UFC consistently nonetheless. The Belarusian is in the midst of a four-fight win streak and has scored victories in six of his last seven. Many of those wins have come against unranked fighters trying to build a name in the UFC. It is high time for “The Pit Bull” to fight a big-name foe because has earned it.

Andre Fili will be trying to forget his UFC Vegas 53 results on Sunday morning. He entered his matchup with second-time UFC competitor Joanderson Brito as a sizable favorite, but the 17-fight Octagon veteran was absolutely blasted through by the Brazilian. The 41-second TKO was the fastest defeat of “Touchy’s” 30-fight career and kept his nearly two-year-long winless streak intact. It was a very bad night for the California native.

At 37-years-old and with 37 fights under his belt, Darren Elkins still remains one of the most tenacious and durable fighters on the roster. Outside of top-15 opposition, “The Damage” and his endless gas tank are a handful for any fighter in the featherweight division. After a rough KO loss to Cub Swanson in December, he got back in the win column and has won three of his last four.

Gerald Meerschaert entered UFC Vegas 53 as confident as ever on the heels of his first three-fight win streak in the promotion. In opponent Krzysztof Jotko he had the chance to prove he had evolved into a top-15 level competitor. Unfortunately, “GM3” was unable to take that next step forward on Saturday night. While he probably won’t be a contender anytime soon, he still remains a dangerous fighter at middleweight and arguably the best grappler in the entire division.

After losing to Malcolm Gordon last summer, Deiveson Figueiredo’s younger brother Francisco returned to the Octagon on Saturday with an emphatic bounceback win. His first-round submission win — via kneebar — was the eighth tapout victory of his career. It is hard to be in the shadow of the top flyweight in the world, but by moving his UFC record to 2-1, “Sniper” is slowly but surely building a name beyond just being the sibling of the 125-pound champ.

Thirteen-fight veteran Gina Mazany is in an unfortunately familiar position in her second run with the UFC. In her first tenure, she went 1-3 and was cut from the organization. After scoring a win For King of the Cage in 2020, she got a second opportunity. In this second stint, she has again lost three of four — including her technical knockout loss to Shanna Young at UFC Vegas 53. All three of her recent defeats are by KO, and the 33-year-old is likely in a spot where her second run with the promotion may be at an end.