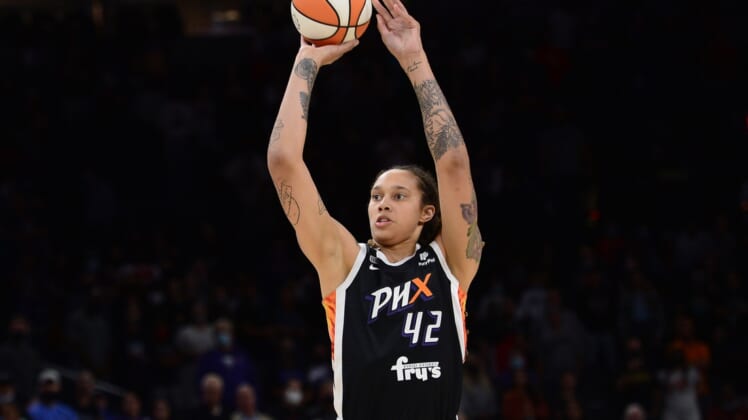 Phoenix Mercury star Brittney Griner, being held in Russia on a drug charge, was found to be in “good condition” when an official from the U.S. embassy in Moscow visited Tuesday.

Ned Price, the U.S. State Department spokesman, told CNN on Wednesday that the Russians granted the request for consular access. It was the first time an American official saw Griner since her arrest in mid-February.

“We were able to check on her condition, we will continue to work very closely with her legal team, with her broader network, to see to it that she is treated fairly,” Price said.

He continued: “Our official found Brittney Griner to be in good condition and we will continue to do everything we can to see to that it she is treated fairly throughout this ordeal,” he added.

Russian news agency TASS reported that a Moscow court ruled last week that Griner, 31, could be held until at least May 19.

A seven-time WNBA All-Star and two-time Olympic gold medalist, Griner could face a sentence of up to 10 years in prison if convicted, per reports. She was detained at a Moscow airport as she attempted to enter the country.