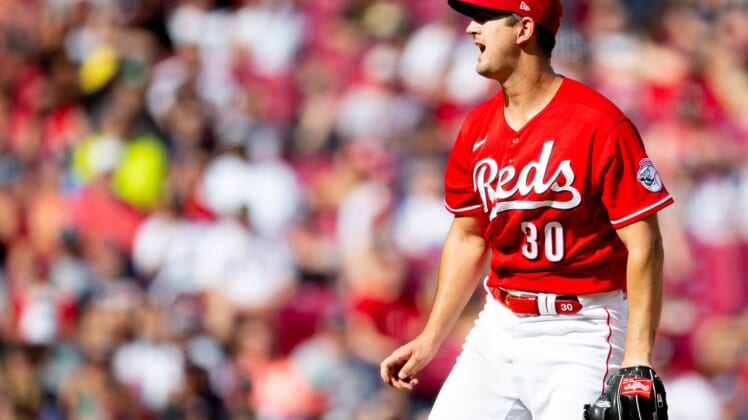 Mahle became available thanks to the Reds’ rebuild, with the front office seeking to tear down the roster. A few days after the blockbuster trade sending All-Star pitcher Luis Castillo to the Seattle Mariners, Cincinnati is now moving its second-best starter to the American League.

The trade is now confirmed by Jon Heyman of the New York Post.

According to C. Trent Rosecrans, Cincinnati will receive infield prospect Spencer Steer, third base prospect Christian Encarnacion-Strand and left-handed pitcher Steven Hajjar in exchange for Mahle. Steer is rated as the No. 6 prospect in Minnesota’s farm system (The Athletic) and Encarnacion-Strand is one of the breakout hitters in the minors this year.

Mahle could be poised to take a significant step forward on the mound. The 27-year-old generated significant trade interest this summer, including from the New York Yankees and St. Louis Cardinals. With Montas in New York and the Cardinals focusing on Carlos Rodón, Minnesota’s package of prospects won the bidding war.

It’s a significant addition for the Twins, who needed a reliable No. 3 starter behind Gray and Joe Ryan. There are also numbers that suggest Mahle could even overtake Ryan as the No. 2 starter on the staff.

Backed by a superior defense in a ballpark that is the eighth-most friendly to pitchers this season (Baseball Savant), Mahle could prove to be one of the most underrated acquisitions from the MLB trade deadline. With both the Chicago White Sox and Cleveland Guardians relatively quiet at the trade deadline, this is a massive step towards Minnesota winning the division this year.