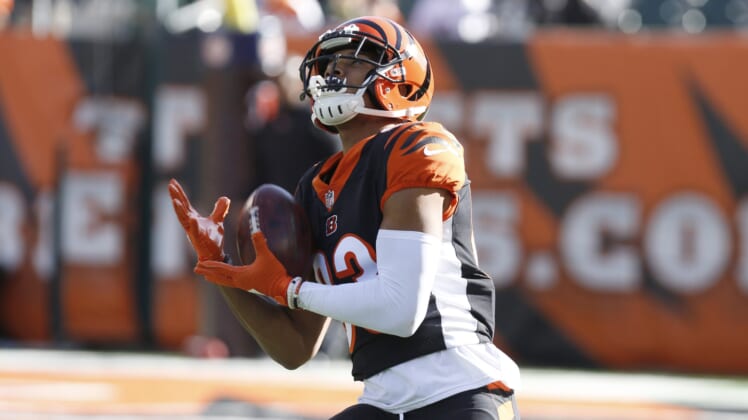 The Cincinnati Bengals have secured one of their young stars for the long haul, agreeing to a four-year, $43 million extension with receiver Tyler Boyd.

Adam Schefter of ESPN broke the news, noting Boyd is now under contract through the 2023 season.

It’s a savvy signing, to be sure. Boyd is entering the fourth season of his career following a career year in 2018. Last year, he racked up 1,028 yards and seven touchdowns on 76 receptions — career highs in all categories.

Landing a top receiver for roughly $10 million per year is a relative bargain in today’s NFL. If Boyd continues to ascend, then this will be amplified all the more.

Now that the Bengals and Boyd have agreed on a deal, the next man up is reportedly Pro Bowler A.J. Green, who is entering the final year of his current deal.

Green has been the subject of trade rumors in recent years, but he recently made it clear he wants to remain with the team that drafted him.

If both Boyd and Green ink long-term deals, then the Bengals will be in great shape at the receiver position for years to come.