Trevor Bauer on Friday was granted a delay of his civil hearing until Aug. 2 after attorneys representing the Los Angeles Dodgers pitcher against a temporary restraining order filed by a woman said they need more time to prepare.

The hearing was slated for Friday. The woman previously was granted a protective order after claiming Bauer sexually assaulted her and beat her on two occasions at his home in Pasadena, Calif.

Holley’s request to keep Bauer from testifying in the case was denied by the judge.

Bauer, who attended the hearing, was told by Gould-Saltman that he will need to take the stand and must decline to answer questions one at a time as in any civil proceeding.

The woman, age 27, also was in attendance. 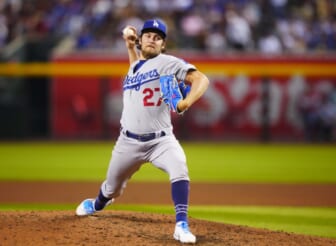 Bauer is on administrative leave with Major League Baseball through Tuesday. MLB and the Pasadena Police Department are conducting independent investigations into the allegations.

The woman from San Diego has accused Bauer of choking her until she lost consciousness. She also alleges Bauer punched her in the face during sex, causing head injuries and “facial trauma.”

The woman alleged the assaults occurred April 21 and May 16 at Bauer’s home in Pasadena.

Bauer and his representation have denied the allegations.

Bauer was initially placed on seven-day administrative leave on July 2, and it was extended for seven more days on July 8 before being extended again through July 27.

Bauer continues to get paid while on administrative leave. He is in the first season of a three-year, $102 million deal.