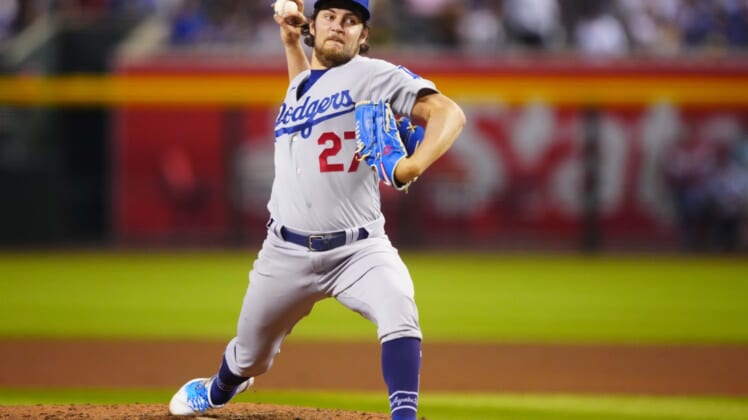 According to TMZ Sports, an unnamed woman has accused Bauer of assault dating back to an alleged incident earlier this year.

“Our law enforcement sources say the case will likely be sent to the district attorney … where they will decide whether to file charges,” TMZ Sports noted.

For his part, Trevor Bauer denies the allegations. He claims that it was nothing more than consensual rough sex between the two adults after they met online.

ESPN.com’s Jeff Passan and Alden Gonzalez obtained a copy of the domestic violence restraining order the woman filed against Bauer.

These injuries happened across multiple sexual encounters with Bauer, whose legal representatives provided texts to ESPN in which the woman allegedly was affirming his actions of slapping her in the face and making her pass out.

Here was the initial statement form the woman’s attorney, as she obtained a restraining order against Bauer under the Domestic Violence Protection Act.

“The order is a result of a recent assault that took place at the hands of Mr. Bauer where Ms. Hill suffered severe physical and emotional pain,” her attorney said in a statement.

The attorney, Marc Garelick, also indicates that he expects charges against Bauer.