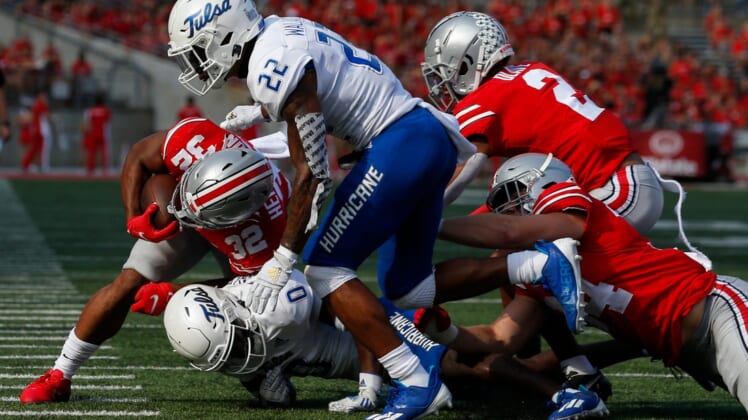 Cameron Martinez had a 61-yard interception return with 1:50 left for the final score.

Ohio Stadium was less than three-fourths filled with 76,540 fans even though the full capacity of 102,780 was permitted.

Excluding last season when spectators were banned because of the COVID-19 pandemic, it was the smallest home crowd since Ohio State’s season opener against Iowa in 1971 (75,596).

They were 25-point favorites over the Golden Hurricane but found themselves in a tussle, needing field goals of 43 and 44 yards by Noah Ruggles and a 5-yard run by Henderson for a 13-6 halftime lead. 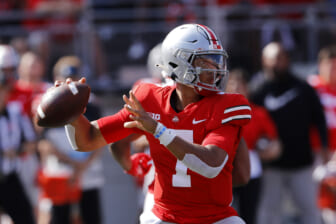