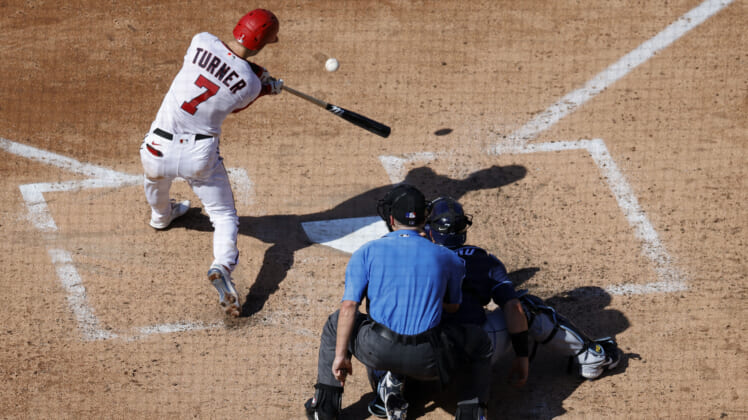 Washington Nationals shortstop Trea Turner came to the plate in the bottom of the sixth Wednesday evening against the Tampa Bay Rays with a chance to make history.

Turner had already made it safely with a single, double and homer through the first five innings of the game. If the World Series champion was able to come through with a triple off Rays reliever Michael Wacha, he’d make some Major League Baseball history.

Well, that’s exactly what birthday boy did. By virtue of this triple, Trea Turner accomplished his third career cycle.

And just like that, the shortstop is tied with three other players in MLB history for the most career cycles with three.

Now, that’s a pretty random list. It’s also an impressive list for for Trea Turner to be on. Beltre will end up being a Hall of Famer at some point soon. Herman actually holds the Dodgers’ single-season record for the highest batting average when he hit .393 back in 1930. Meanwhile, Meusel was a famed member of the New York Yankees’ “Murderers’ Row” lineup of the 1920s.

Not bad for Trea Turner as he celebrates his 28th birthday in fashion.