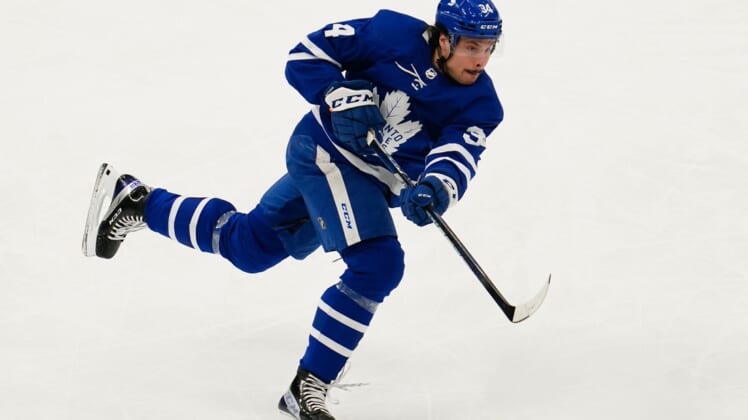 Toronto Maple Leafs center Auston Matthews, the leading goal scorer in the NHL, will miss Thursday’s game against the Winnipeg Jets with an unspecified injury.

At practice Thursday, John Tavares filled in for Matthews on the top line and is expected to join Mitch Marner and Alex Galchenyuk there against the Jets.

Matthews was the first on the ice on Thursday but left before the morning skate.

In other Maple Leafs news, Nick Robertson was cleared from the NHL’s COVID protocol list and was with the team at the morning skate. Robertson, 19, was placed on the list Wednesday as a precautionary measure since he recently was with the Toronto Marlies of the AHL, who are on a one-week hiatus because of virus issues.