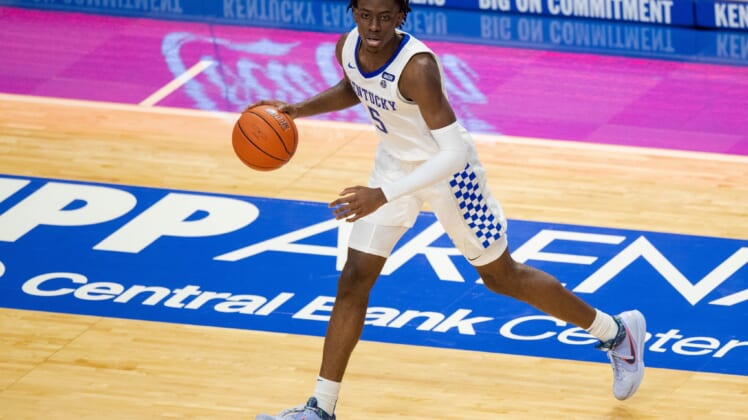 We’re hearing some troubling news coming from California in relation to one of the top prospects in the 2021 NBA Draft. According to multiple media reports, former Kentucky Wildcat wing Terrence Clarke has died in a car accident in California.

There’s no other information as it relates to this sobering and sad news. However, other rumors suggest that fellow former Kentucky teammate and 2021 NBA Draft prospect Brandon Boston was also in the car behind Clarke at the time of the accident. Said reports are unconfirmed at this point and there’s no information on Boston’s status.

“WKYT has confirmed former UK men’s basketball player Terrence Clarke has died in Los Angeles,” CBS Sports’ affiliate WKYT in Kentucky reported Thursday. “Sources tell WKYT Clarke and BJ Boston were leaving a workout in LA. We have been told Clarke died on the way to hospital. Boston was reportedly in a car behind him. We don’t know details on what happened.”

To say that this is absolutely tragic news would be an understatement. A top-eight recruit out of Massachusetts back in 2020, Clarke was just 19 years old. He committed to Kentucky after receiving offers from from Boston College, Duke, Memphis, Texas Tech and UCLA.

Our thoughts obviously go out to the Clarke family, the Kentucky Wildcat community and those close to the young man during these most difficult of times.