NFL legend Tony Siragusa passes away at the age of 55 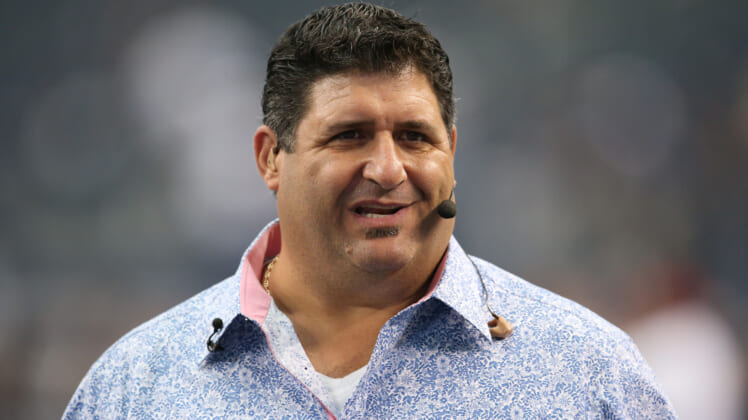 It’s been an absolutely brutal off-field around the NFL since the 2021 season came to a conclusion back in February. This lastest news about Tony Siragusa just adds another layer to that.

Reports came out Wednesday afternoon that the former Indianapolis Colts and Baltimore Ravens legend passed away at the age of 55. Initially, said reports were not confirmed. That changed when his former teammate, running back Jamal Lewis, confirmed the tragic news to TMZ Sports.

“It’s a sad day to be a Raven I must say,” Lewis told TMZ Sports. According to multiple reports, Siragusa passed away in his sleep. Colts owner Jim Irsay also released a statement following his passing.

This comes on the same day that current Ravens linebacker Jaylon Ferguson passed away at the young age of 26.

An undrafted free agent of the Colts back in 1990 out of Pittsburgh, Goose was known for both his brilliant ability to stop the run and his high-octane personality throughout a career that spanned 12 seasons.

He earned a Super Bowl title as an anchor for one of the best defenses in NFL history with the Ravens back in 2000. Tony Siragusa played for Indianapolis from 1990-96 before joining the Ravens in 1997. He ended up suiting up in Maryland for five seasons before retiring following the 2001 campaign.

In hist post-playing career, Siragusa made a name for himself as an elite sideline reporter for NFL games on Fox — making nearly as many highlights as he did on the field. He also appeared on the legendary TV show “The Sopranos,” among other appearances.

Siragusa is survived by his wife, Kathy. The two have three children, Samantha, Ava, and Anthony Jr. Obviously, our thoughts go out to the Siragusa family and those close to him as well as the Colts and Ravens’ organization.