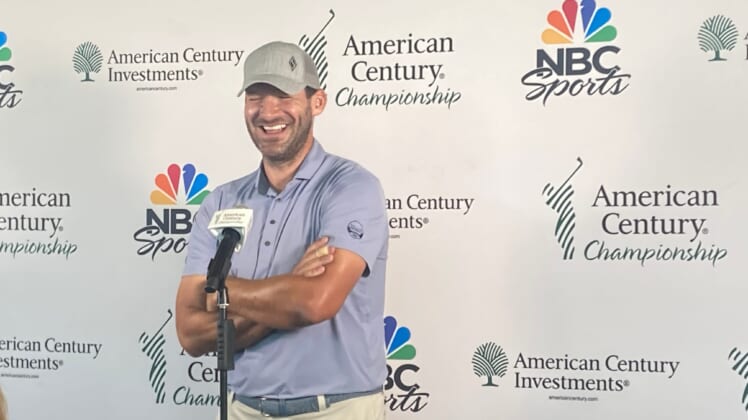 Former Dallas Cowboys quarterback Tony Romo is apparently good at everything he does in life. Well, outside of his failed relationship with queen Carrie Underwood. But that’s a story for another time.

Romo and other celebrities were on hand for the American Century Championship in Tahoe this weekend, trying their hands in this whole golf thing. Already a two-time winner of this event, Romo joined former MLB star Mark Mulder and the NHL’s Joe Pavelski in a three-man playoff to wrap things up on Sunday.

That’s when Tony Romo came up big time to earn his third victory at this annual event. Check out his day on the green. It was absolutely epic.

For the birdie and the win. However, it was Romo’s approach to the green that set this up.

One really has to think that Romo could’ve been a professional golfer if he decided to do that after retirement rather than be an epic on-air personality covering the NFL. Again, there’s very little this dude can’t do in life. It must be nice.