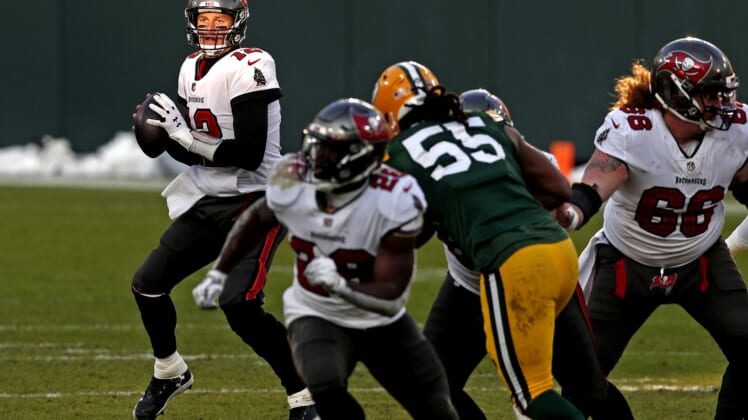 Six-time Super Bowl champion Tom Brady was far from perfect during his team’s NFC Championship Game outing against the Green Bay Packers on Sunday. In fact, the Tampa Bay Buccaneers’ star quarterback threw three interceptions in the second half alone.

It was Tampa Bay’s defense that stepped up following each interception, yielding a total of six points following the three Brady giveaways.

In the end, Brady and his Buccaneers came through with a 31-26 win to earn an appearance in Super Bowl LV on Feb. 7 in Tampa Bay. Not only will this be the first time that a team plays in a Super Bowl in its home stadium, it represents Brady’s 10th appearance in the big game.

Think about this for a second. Brady will have played in 10 of 55 Super Bowls once Feb. 7 comes calling. He’s only been in the league for 21 years.

This means that Tom Brady has pretty much played in every other Super Bowl since he entered the NFL as a mere sixth-round pick of the Patriots back in 2000. It’s absolutely insane. And people had their reactions.