Issues at home, after he decided to unretire, are reportedly the reason for Tom Brady’s mysterious 11-day hiatus away from the Tampa Bay Buccaneers this summer.

This has been a very weird offseason for the 45-year-old NFL legend. First, after 22 years of dominance, Brady unexpectedly decided to call it a career earlier this year. Shocking the sport after another Pro Bowl season. Maybe less shockingly, he chose to end that short retirement after just 40 days and made the decision to give it another go at a Super Bowl title in Tampa Bay in 2022.

Yet, that isn’t where the drama in Bradyland ended this year. In the spring, he was linked to charges of tampering by Miami Dolphins owner Stephen Ross. An allegation that was confirmed by the NFL last month after an investigation that resulted in Ross’ indefinite suspension. After that, came the mystery surrounding the quarterback’s longer-than-expected absence from training camp. What was supposed to be a short time away from the team ended up being a nearly two-week hiatus for “personal” reasons.

Related: Tom Brady – I was only going to play for Tampa Bay Buccaneers

Well, a new report from the New York Post’s Page Six — of all places — claims they have the tea on what was really the cause of Brady’s summer disappearance.

On Thursday, the New York Post reported that Brady and his wife, former supermodel Gisele Bündchen, are at odds currently after the New England Patriots icon decided to forego much-needed family time for another year in the NFL. The outlet claims Bündchen has left their home in Tampa and is currently staying in Costa Rica after a series of heated clashes in recent weeks. “Tom and Gisele are in a fight right now,” one source told the outlet.

A second source added more to the idea that Brady’s return is the crux of the couples latest issues. 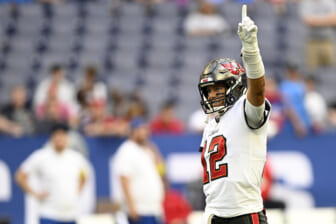 The couple married in February of 2009 and have two children together. Benjamin, 14, and Vivian, 9, plus they also raise Brady’s son Jack, 15, from his previous marriage with actress Bridget Moynahan