Tampa Bay Buccaneers quarterback Tom Brady is ready to face his former team. Hours before he takes the field at Gillette Stadium to battle the New England Patriots for the first time, the future Hall of Fame quarterback unveiled a hype video for his homecoming.

The Buccaneers take the field against the Patriots on Sunday Night Football in Week 4, a matchup that could be one of the most-watched regular-season games in NFL history. With so much excitement for the matchup between coach and quarterback, Brady unveiled a video to help build the anticipation for Sunday’s game.

Starting with a shirtless Brady at the NFL Scouting Combine, it progresses to show some of the greatest moments from his Patriots’ career. With highlights of his Super Bowl victory and moments that defined his legacy, it puts a spotlight on why this matchup is so meaningful to both sides. 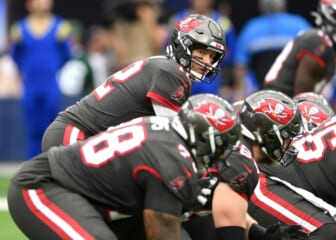 Also Read:
Tom Brady on Patriots: ‘I want to kick their butt’

Tickets prices for the Buccaneers-Patriots game are through the roof and Brady is expected to receive a warm reception when he first steps onto the field at Gillette Stadium. While he won’t have Rob Gronkowski, who couldn’t make the trip due to a rib injury, Brady is expected to have a huge game against his former team.