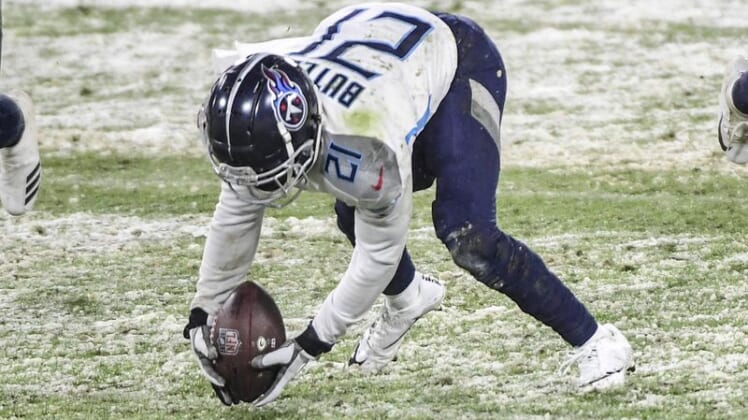 Three years after signing cornerback Malcolm Butler to a five-year, $61.25 million contract, the Tennessee Titans have reportedly opted to move off the veteran.

According to NFL Media’s Ian Rapoport, Tennessee has notified Butler of his release from the team with NFL free agency slated to open next week.

This really shouldn’t come as too much of a surprise. Butler, 31, failed to turn into the elite-level cornerback Tennessee envisioned after it signed him to the above-mentioned massive contract. The cornerback’s claim to fame was a game-sealing interception of Seattle Seahawks quarterback Russell Wilson in Super Bowl XLIX when he was a member of the New England Patriots.

The move will save a cash-strapped Titans team a whopping $10.2 million against the 2021 NFL salary cap. Prior to Butler’s release Tennessee was $7.56 million under said cap.

The release of Malcolm Butler makes Adoree Jackson the Titans’ top returning cornerback. The former first-round pick is unlikely to ultimately fill that role in 2021 after struggling throughout his first four NFL seasons.

The expectation now is that Tennessee will hit the NFL free agent market in search of help in the defensive backfield. The likes of Patrick Peterson and Richard Sherman are the veteran options set to hit said market next week.

As for Malcolm Butler, he’ll have a pretty strong market himself. While the veteran can’t be confused for an elite cover guy, he’s still starter-caliber.

This past season saw Butler record 100 tackles, 14 passes defended and four interceptions. He also yielded a 78.6 passer rating when targeted. There’s even a decent chance that interested teams view the former West Alabama star as a safety moving forward — enhancing his market in the process.