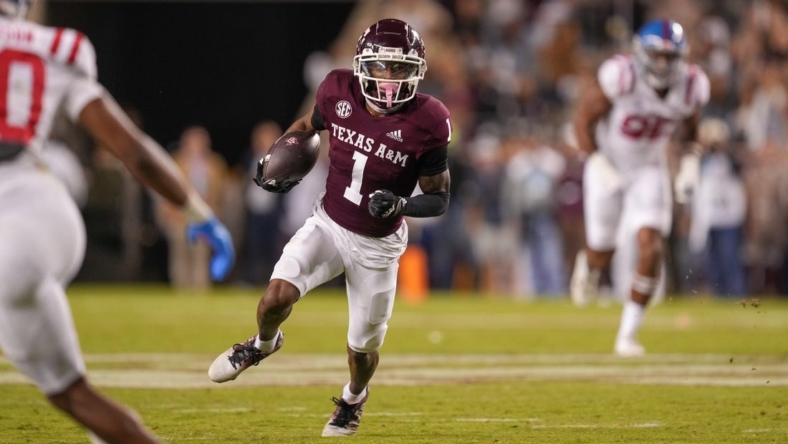 When it comes to Southeastern Conference play, the Texas A&M Aggies and Florida Gators are generally expected to be near the top of the standings, perhaps behind Alabama and Georgia, respectively.

There is a bigger gap these days, though.

With both teams desperately needing a win, the Aggies (3-5, 1-4 SEC) will clash with the Gators (4-4, 1-4) on Saturday afternoon in College Station, Texas.

Riding its first four-game losing streak since 2005 when it was in the Big 12, Texas A&M will try to rebound from a 31-28 home loss to Ole Miss last week — the Aggies’ first home game in six weeks.

While quarterback Haynes King (shoulder) may be available Saturday, coach Jimbo Fisher likes what he has seen from Conner Weigman, who went 28-for-44 for 338 yards with four touchdowns against the Rebels.

“Red zone, third down, I thought he did a really nice job,” Fisher said. “He’s got a great feel for the game. I said he’s very instinctive. He’s had enough at-bats at practice he feels really comfortable on the offense, and he’s going to do a really good job.”

The Cypress, Texas, native’s 338 passing yards were the most in a game by a true freshman in school history. His four passing TDs matched the highest figure by an Aggie in a game since Kellen Mond had that many vs. South Carolina in 2020.

The Aggies are tied with Auburn for last in the SEC West, while Florida is saved from the cellar only by woeful Vanderbilt’s 0-4 record in the East.

Local Gainesville, Fla., product Anthony Richardson wasn’t the problem in the Gators’ 42-20 loss against archrival Georgia last week. He went 18 of 37 for 271 passing yards and one touchdown, but the Gators allowed 555 yards of total offense to their border foe while losing their second consecutive game.

“I gained a level of respect (for) that group in terms of how they responded at halftime,” Florida coach Billy Napier said of his team cutting its deficit to 28-20 on Richardson’s 78-yard TD to Xzavier Henderson, who had five catches for a career-high 110 yards.

Napier dismissed talented edge rusher Brenton Cox Jr. from the program on Monday for a “cumulative effect.” The former five-star prospect started all 32 of his games at Florida, and led the team with eight tackles for loss this year and was tied for second with two sacks.