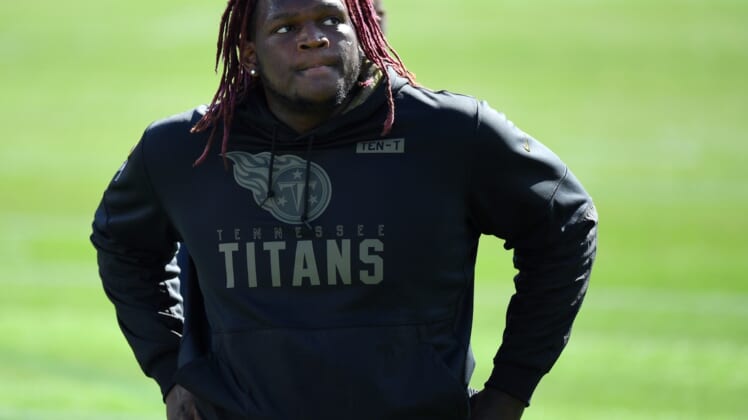 Isaiah Wilson, the Tennessee Titans’ first-round pick in the 2020 NFL Draft, tweeted last month that he was “done” with the organization.

The Titans reported granted Wilson his relocation request on Monday. ESPN reported Wilson is being traded to the Miami Dolphins for a pair of seventh-round draft choices, one this year and one in 2022, to acquire the offensive tackle.

Wilson must pass a physical with the Dolphins before the trade can be completed when the league year begins March 17.

Wilson’s 2020 season was eventful, but the majority of the action took place almost exclusively off the field. The included two incidents involving law enforcement and two stints on the league’s reserve/COVID-19 list.

On the field, he played only four snaps. The former Georgia Bulldogs’ blocker was the 29th overall selection, but lasted only one season under a four-year, $11.6 million contract he signed in August.

In December, the Titans placed him on their non-football injury list, with general manager Jon Robinson saying Wilson was “going to have to make a determination if he wants to do everything necessary to play pro football.”

In late February, Wilson tweeted that he was “done with football as a Titan… No further comments.”

Trading Wilson rather than releasing him would lessen the Titans’ dead cap charge, from $5.38 million to $4.48 million, according to OverTheCap.com.

Wilson does have ties to the Dolphins, who were considering drafting him on the second day of the draft, according to the ESPN report. Wilson played high school football in Brooklyn at the same school as Dolphins coach Brian Flores, and he went to Georgia with Miami offensive guard Solomon Kindley.