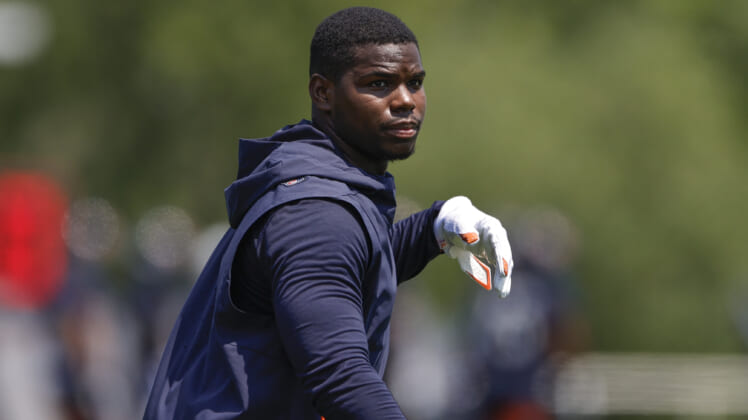 One-time Chicago Bears running back Tarik Cohen was looking to make his return to the league after missing a season and a half due to a major leg injury. Now, he will have to repeat that entire process after another serious limb injury on Tuesday.

Over his first three seasons in Chicago, the 2017 fourth-round pick was building a reputation as a talented all-purpose back and a serious contributor to the franchise. The proof was in earning Pro Bowl and All-Pro honors during his second season in the league. However, in 2020 everything went downhill quickly.

Two years ago an MCL tear and a fracture to his tibial plateau cost him the rest of that season and all of the following year. Due to being unable to compete for over a year and a half, the organization made a very difficult decision and released him this past March. However, having finally fully recovered from his injury ordeal Cohen was looking to earn a spot back in the league in 2022. But just like in 2020, things went horribly wrong again and he will have another very long injury hiatus ahead of him.

During a training session on Tuesday, his Instagram Live feed actually recorded the NFL veteran suffering another leg injury that included an audible pop sound. At the time it was unclear what that “pop” might have been. However, ESPN NFL insider Adam Schefter confirmed on Tuesday night that this latest setback for Tarik Cohen is a torn Achilles.

The exact amount of time necessary to recover from such a serious injury varies, however, the worst-case scenario could mean another year away from football for Cohen.

The 26-year-old was recently in the spotlight for a well-received article in The Player’s Tribune as he detailed the unfortunate passing of both of his brothers.