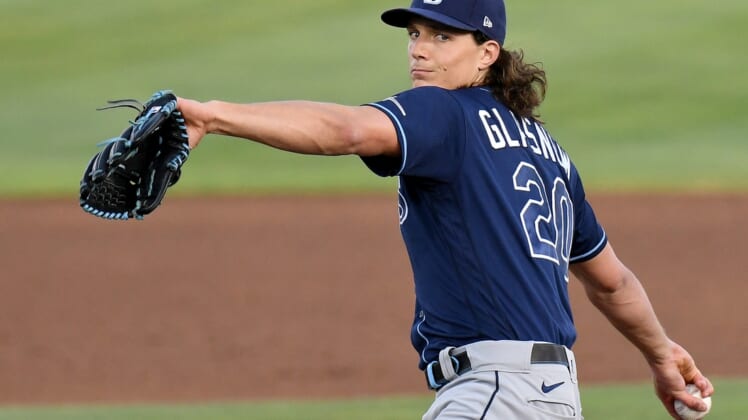 Glasnow left Monday’s start, a 5-2 win over the White Sox, after just four innings and 53 pitches. The Rays announced Tuesday that the starter had a flexor strain and a partially torn ulnar collateral ligament tear and placed him on the 10-day injured list.

Following his diagnosis, Glasnow blamed Major League Baseball’s crackdown on pitchers applying foreign substances to the ball for his injuries.

Glasnow, 27, said the only substance he’d ever used was sunscreen — as opposed to something like Spider Tack, one particularly sticky substance in the league’s crosshairs — and he decided to stop using it before MLB began its enhanced enforcement of foreign substance rules. 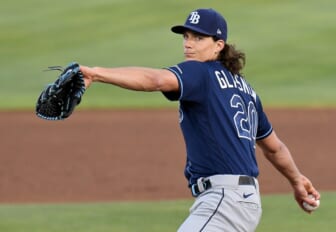 Glasnow said his elbow pain dates back to June 8 in a start against the Washington Nationals, in which he said he pitched without using any substances on the ball.

“I woke up the next day and I was sore in places I didn’t even know I had muscles in,” he said.

Glasnow continued by railing against the timing of MLB’s decision to ramp up enforcement.

“Do it in the offseason. Give us a chance to adjust to it,” he said. “But I just threw 80 innings, then you tell me I can’t use anything in the middle of the year. I have to change everything I’ve been doing the entire season. I’m telling you I truly believe that’s why I got hurt.”

He also claimed that at a union meeting with 36 reps, “not a single person,” including hitters, said they had a problem with pitchers using sunscreen and rosin. ESPN reported that pitchers are upset the commonly used sunscreen-and-rosin combo will be policed the same way as Spider Tack.

“Sunscreen and rosin is apparently the same as Spider Tack,” Glasnow said. “All right, I guess I’ll adapt and learn. And the only thing I learned was that it hurts to throw a ball in the middle of the season from having something to not having something.” 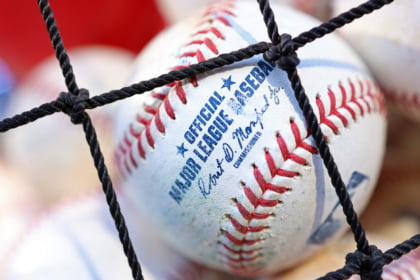 A timetable for Glasnow’s return will be determined after further medical evaluation. Tampa Bay hopes he can rehab the arm and avoid Tommy John surgery.