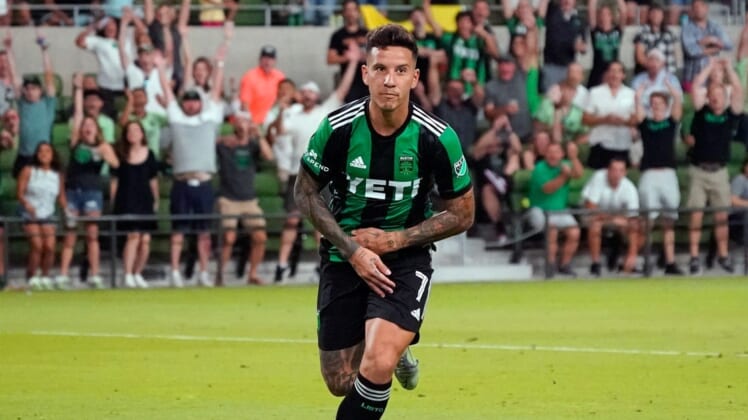 Austin FC look to improve upon their impressive away record Saturday when they visit a Minnesota United side enjoying their own resurgence.

Austin FC (14-5-6, 48 points) tightened their grip on second place in the Western Conference with a rousing 4-3 come-from-behind home win over Sporting Kansas City on Wednesday.

Down 3-1 at halftime, Julio Cascante scored in the 63rd minute and Danny Hoesen leveled the match in the 85th minute. Sebastian Driussi won it with his MLS-leading 17th goal in second-half stoppage time.

“We took a shot in the face. So what? That’s life. You’ve got to pick yourself up and keep moving,” Austin FC head coach Josh Wolff said.

Austin FC have hit fewer obstacles on the road, where their eight victories are tied for the MLS lead with the New York Red Bulls. Austin FC are unbeaten with five wins in their last six away from home, outscoring opponents 11-3 in that stretch.

Fourth-place Minnesota United (11-9-5, 38 points) are coming off their own challenging win, a 2-1 triumph at Nashville SC last Sunday.

That victory followed a first loss in eight games, 4-3 to Colorado on Aug. 8 when team-leading scorer Emanuel Reynoso, influential attacker Robin Lod and defender Michael Boxall all were out due to card-accumulation suspensions.

Even more encouraging Sunday was the play of Minnesota United goalkeeper Dayne St. Clair. Buoyed by a strong showing in the MLS All-Star Game, St. Clair made seven saves against Nashville SC to keep the game level and set up Alan Benitez’s late winner.

“I know coming off of Colorado that definitely was not my best performance, probably my worst of the season for sure,” St. Clair said. “So to be able to have the MVP performance in the All-Star Game and then to be able to build upon that and go again for the club is most important.”

Reynoso assisted both Minnesota goals in the victory. He has six of his nine goals and six of his eight assists during his last seven games. The club has earned 17 points in its last eight games.