St. Louis Cardinals hang on for 6-5 win over Giants 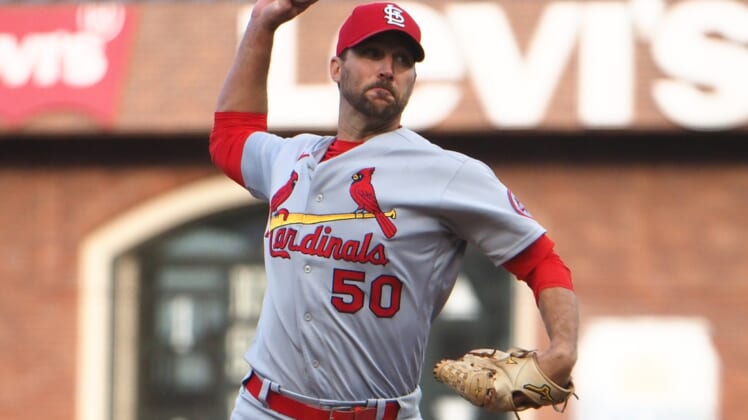 Nolan Arenado hit a two-run homer and Paul Goldschmidt delivered a two-run single to lead the St. Louis Cardinals to a 6-5 victory over the host San Francisco Giants on Tuesday night.

Edmundo Sosa also homered and Yadier Molina added a run-scoring single as the Cardinals defeated the Giants for the second straight night to open a three-game series.

Brandon Crawford had four hits and three RBIs and Mike Yastrzemski had three hits and drove in one for San Francisco, which has lost six of its past nine games. Giants All-Star catcher Buster Posey (left thumb) sat out his second consecutive game.

San Francisco maintained its half-game lead in the National League West due to the Los Angeles Dodgers falling to the Miami Marlins.

Arenado, Molina and Sosa each had three hits for the Cardinals. Goldschmidt added two as St. Louis racked up 13 overall.

Yastrzemski’s two-out RBI single in the eighth off Genesis Cabrera — the run was charged to John Gant — pulled the Giants within 6-4.

Wilmer Flores followed with a shallow popup to center, and the ball fell among the trio of second baseman Sosa, center fielder Harrison Bader and shortstop Paul DeJong for a double as Yastrzemski scored from first. Cabrera recovered to strike out pinch hitter Thairo Estrada to end the inning.

San Francisco had runners on first and third with one out in the ninth before right-hander Justin Miller entered and retired Chadwick Tromp on a popup. Jason Vosler followed with a deep fly to left that Dylan Carlson caught before smacking into the wall as Miller recorded his first save of the season.

Giants right-hander Johnny Cueto (6-5) gave up four runs and nine hits over six innings. He struck out seven and walked one.

St. Louis scored in the first inning when Arenado hit a two-run shot to left for his 17th of the season.

The Giants tied it in the third on Crawford’s two-run single to center.

Goldschmidt lined a two-run single to left with the bases loaded in the fourth to give St. Louis a 4-2 lead.

San Francisco moved within one on Crawford’s RBI double to right in the fifth.

Molina’s RBI single to left in the seventh made it 5-3.

Sosa hit his second homer of the season in the eighth, a two-out solo blast that barely cleared the wall in left.