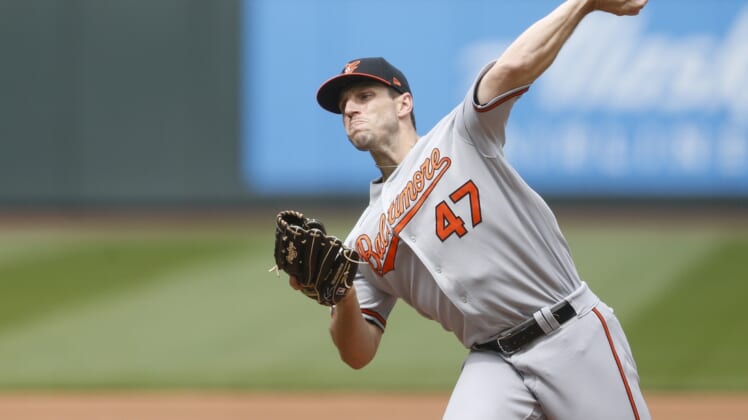 John Means pitched the Baltimore Orioles’ first no-hitter in 30 years, and the organization’s first no-hitter by a lone pitcher since all-time great Jim Palmer in 1969, as the Orioles defeated the host Seattle Mariners 6-0 Wednesday afternoon.

The only baserunner Means allowed came on a strikeout. With one out in the bottom of the third, Seattle’s Sam Haggerty swung and missed a 1-2 pitch low and in the dirt. The ball skipped past catcher Pedro Severino and went all the way to the backstop, allowing Haggerty to reach first base without a throw on the wild pitch.

Haggerty was erased on the bases when he was caught stealing. John Means is the first pitcher in MLB history to fail to record a perfect game despite facing the minimum of 27 batters without a hit, walk, hit-by-pitch or an error.

Here’s a look at how the game ended with John Means finding himself in the record books.

This continued a tremendous start to the 2021 MLB season for the 28-year-old left-hander. Means now boasts a 4-0 record with a 1.37 ERA while striking out 50 batters compared to just 10 walks in seven starts.

Means’ no-hitter was the third thrown in the majors this season, following San Diego’s Joe Musgrove and the Chicago White Sox’s Carlos Rodon. Obviously, there were some big reactions to this feat.