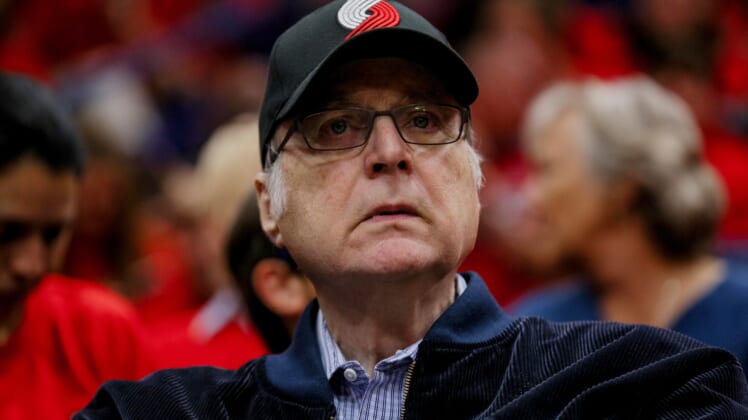 The sports world and the entire global community lost a trailblazing figure on Monday following the passing of a larger than life figure in that of Paul Allen on Monday.

Allen passed away at the age of 65 from complications due to non-Hodgkin’s lymphoma.

“My brother was a remarkable individual on every level. While most knew Paul Allen as a technologist and philanthropist, for us he was a much loved brother and uncle, and an exceptional friend,” Allen’s sister, Jody, wrote. “Paul’s family and friends were blessed to experience his wit, warmth, his generosity and deep concern. For all the demands on his schedule, there was always time for family and friends. At this time of loss and grief for us – and so many others – we are profoundly grateful for the care and concern he demonstrated every day.”

The co-founder of Microsoft with Bill Gates back in 1975, Allen’s charitable efforts, philanthropy and keen sense of business defined a life that was lost too soon.

In the sports world, he was known for being the owner of the NBA’s Portland Trail Blazers and NFL’s Seattle Seahawks. As in his life outside of sports, Allen’s tenure was defined by moving the organization’s he led to a modern era.

Outside of the sports landscape, Allen has given north of $2 billion to help with the advancements of the sciences, technology and education. The Paul G. Allen Family Foundation has also given nearly $500 million to thousands of non-profits since its inception.

In addition to this, the late-great businessman launched the Allen Institute for Brain Science to help with the understanding of the human brain. It’s helped lead to breakthroughs in the neuroscience community.

It goes without saying that Mr. Allen will be missed. It’s also in this that the sports world paid tribute to a great man that left this life much too early.

Deeply saddened by the passing of @PaulGAllen. I’ll miss him greatly. His gracious leadership and tremendous inspiration will never be forgotten.

The world is a better place because of Paul’s passion, commitment, and selflessness. His legacy will live on forever.

RIP Paul. You were a good man and will be missed. Rock and Roll Heaven just got a lot better https://t.co/bOSmF5Dcqi

We are saddened to share that @Seahawks owner Paul Allen has passed away at age 65: https://t.co/Qcc4onRSZA pic.twitter.com/WXwpwSSTxh

RIP Paul Allen. Gone way too soon. Thank you so much for your many contributions to society and to the sports world pic.twitter.com/7ITQuHpAMT

My prayers and thoughts are with the family of Mr. Allen @PaulGAllen

Rip Mr Paul Allen ?? I sincerely thank you for all your sacrifices and hard work. You changed countless lives and it’s greatly appreciated!

So sad to hear about the passing of @Seahawks owner Paul Allen. In my 4 years in Sea he treated me, my teammates & the coaches w/great honor & respect. The Hawks treat their players as well or better than any organization because of him. My prayers go out to his family.

Saddened and stunned by the passing of Paul Allen. A giant who was as humble and generous as they come, and so respected as a fellow NFL owner. Rest in peace, Paul.

Remember Paul Allen at NFL owners meetings. Richest man in the room (by far), wearing jeans and an untucked flannel shirt, sitting back studying and observing. And when he spoke — albeit rarely — it was pure wisdom.

I can't believe Paul Allen is gone less than two weeks after this. What a loss. It's always jarring when someone passes from non-Hodgkin's lymphoma, which is the cancer I had twice. Sometimes I take life and that time in my life for granted instead of cherishing every moment. https://t.co/6mtK3EBwRp

This has left me with profound sadness. Rest In Peace, Paul Allen. pic.twitter.com/jxaUSLQ3MQ

Big dog rest easy as you go home @PaulGAllen prayers for your family??

Rest In Peace Paul Allen. Thank you for everything! You will be missed. My prayers go to the entire Allen family.

RIP to the man in charge of it all, Mr. Paul Allen. I hope we sent you out with high praises with our victory yesterday in London. You with the most high now, no more pain required.

May you rest in peace, good sir!