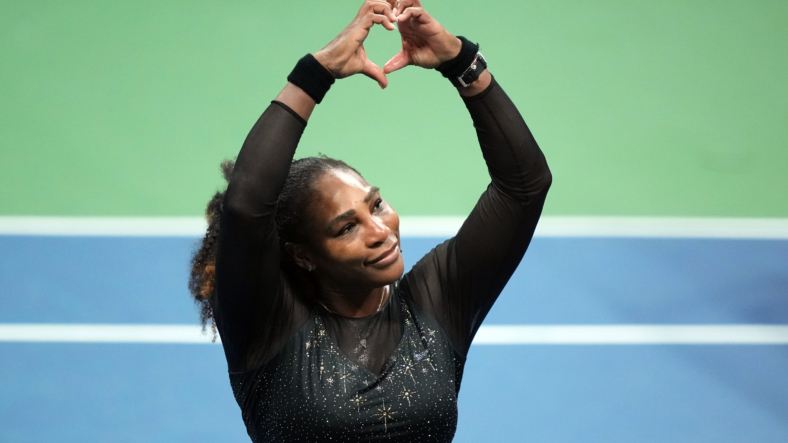 The queen of tennis proved to be on a different level in her final professional match. Sure Serena Williams was defeated by Ajla Tomljanovic in the third round of the U.S. Open this past Friday night. But the 23-time Grand Slam Champion didn’t go down without a fight as she finished up shop on one of the most legendary careers in sports history.

Friday night’s match was more of an event than anything else with stars showing up in Flushing Meadows to pay homage to iconic tennis figure. Those who don’t watch the sport on a consistent basis were tuned in, too.

At the end of the day, William’s presence in Queens Friday night was a rating bonanza for ESPN. According to The Athletic’s Daniel Kaplan, the match drew an average of 4.6 million viewers while topping out at 6.9 million. It’s the most-watched tennis match in the history of the four-letter network. Previously, the 2012 Wimbledon Men’s Final between Roger Federer and Andy Murray held the record with an average of 3.9 million viewers.

The idea of Williams being the closest thing to American royalty has been brought up a ton. If those who attended and paid attention to her run in the U.S. Open are any indication, there’s little doubting this.

To put Friday night’s ratings into perspective, the final round of golf’s 2022 U.S. Open drew an average of 5.41 million viewers on NBC. This goes to show us that Williams is a brand all of her own. Those who praised her following Friday night’s match proved that point to a T.

Golf legend Tiger Woods added “You’re literally the greatest on and off the court. Thank you for inspiring all of us to pursue our dreams. I love you little sis.”

There will never be anyone like Serena Williams in the sports world again. Her ability to transcend tennis and bring in record numbers to watch her do her thing adds another layer to this.