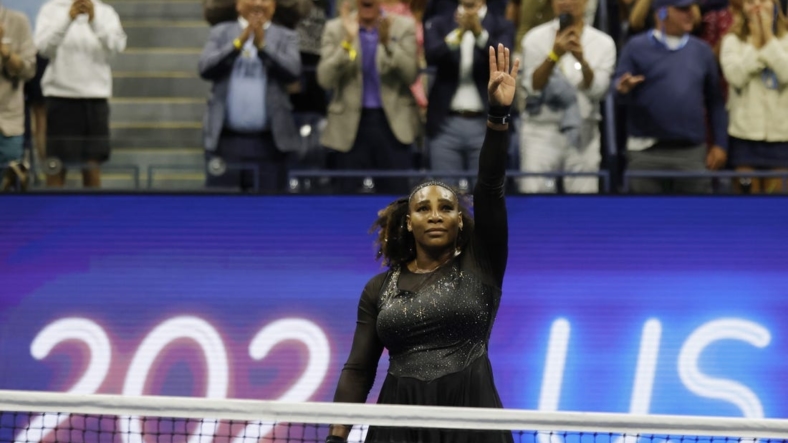 Former Presidents Barack Obama and Bill Clinton joined a string of celebrities in sending messages of appreciation to Serena Williams as her storied tennis career comes to a close.

“Congratulations, Serena, for your heart, skill, intelligence, dedication, and grace,” Obama tweeted Saturday morning. “Few athletes have inspired more people both in and beyond their sport!”

Williams, 40, lost her third-round match at the U.S. Open to Ajla Tomljanovic of Australia in a three-set thriller that lasted more than three hours on Friday night. She was vying for her 24th Grand Slam title, which would have tied Margaret Court for the most of all time.

She announced before the tournament – without using the word “retire” — that it was time for her to transition to other endeavors aside from tennis. She said in an essay for Vogue that she also wants to have a second child.

The reactions to her career and her feats at the U.S. Open during the week came from all corners, including Clinton and athletes considered among the best in their sports.

“Serena inspired us on the world stage for almost 30 years and changed sports forever,” Clinton tweeted Saturday morning. “Your determined spirit and unique approach to the game empowered us all to be brave and express who we are. I’m excited to see the next phase of your life, ‘Serena 2.0′. You’ve earned it.”

Tiger Woods, the winner of 15 major golf tournaments, chimed in, too. He was in the crowd in New York for Williams’ win in the second round on Wednesday against World No. 2 Anett Kontaveit of Estonia.

“.@serenawilliams you’re literally the greatest on and off the court,” Woods tweeted. “Thank you for inspiring all of us to pursue our dreams. I love you little sis!!!!!!”

Ana Navarro, a newly named co-host of “The View,” added her thoughts.

More sentiment was delivered by other athletes she inspired.

“We just witnessed the last US Open for the greatest of all time, Serena Williams!! Serena has meant so much to sports, the game of tennis, the world, every little girl, and even more to every little Black girl across the globe,” basketball Hall of Fame member Magic Johnson tweeted.

“Serena proves that you can dream bigger than where you come from. From South Central Los Angeles, to the greatest the world has ever seen…what a story!”