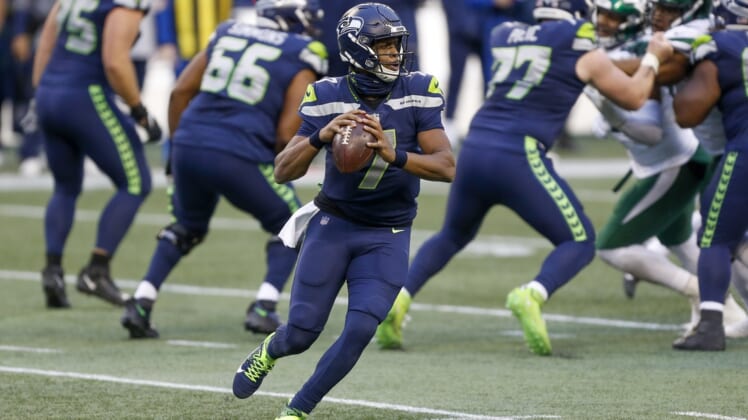 The Seattle Seahawks are bringing back Geno Smith to back up franchise quarterback Russell Wilson for a third year in a row.

Smith was drafted as the Jets’ quarterback of the future in 2013, selected in the second round. He started 29 games in his first two seasons, throwing 34 interceptions against 25 touchdowns. He has started just two games since.

Smith has completed 57.8 percent of his passes for 6,215 yards with 29 touchdowns and 36 interceptions in 41 career games.