WATCH: Sean McVay, Les Snead couldn’t help but laugh at Cole Strange being picked by Patriots at No. 29 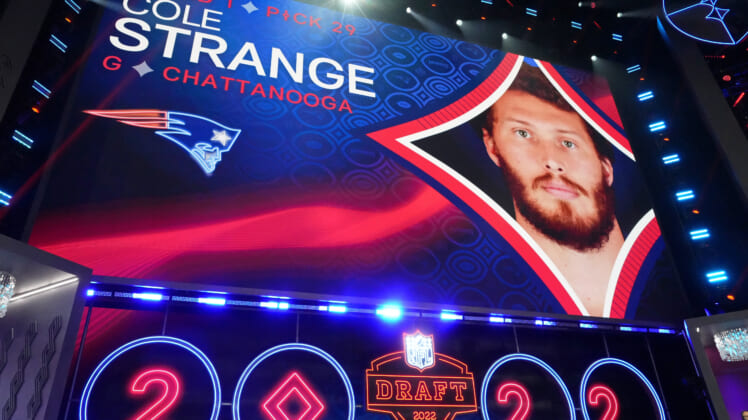 The 2022 NFL Draft had plenty of notable moments from trades for notable wide receivers, quarterbacks slipping and the intrigue that led all the way up to the first pick of the night. The Los Angeles Rams didn’t have much action after operating a unique approach, but they still managed to make some waves when the New England Patriots selected offensive guard Cole Strange at No. 29 late in the first round on Thursday night.

Basically, they were shocked. In disbelief, whatever you want to call it, they were not expecting such a move at No. 29. Here’s the clip.

Strange, who many regarded as a Day Two prospect profiles as an immediate starter, but typically offensive guards aren’t selected too high to begin with, unless they are generational types. For Bill Belichick and the Pats, landing Strange at No. 29, instead of somewhere between picks 33-50 doesn’t really make a huge difference. In the end, they got their guy and Mac Jones will have better protection because of it.

Still, it’s funny to see and getting the chance to view their live reaction with the cameras rolling is priceless.

On the other hand, it’s a bit of a strange look, to say the least, another team literally laughing at a team’s selection, but maybe it’s because general manager Les Snead and head coach Sean McVay take an “F them picks” mindset heading into the draft, making the first night irrelevant. Which, when you are coming off a Super Bowl victory, their strategy is tough to argue with, for them anyway. It’s not exactly ideal for a team such as the Jaguars or the Jets, who came out as winners on the first night.