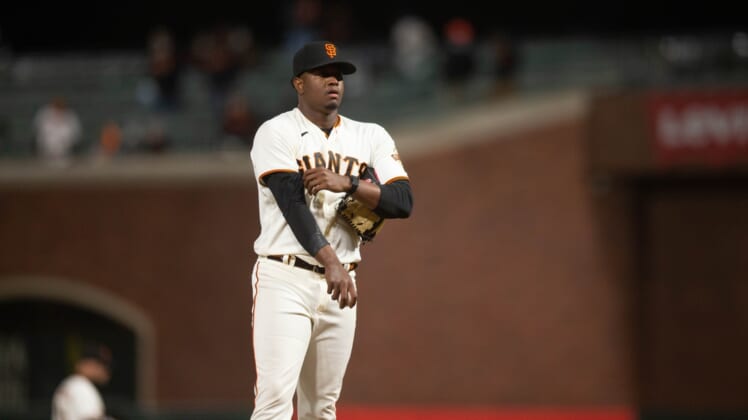 Santos, though currently with the Giants’ Triple-A team in Sacramento, was on their 40-man roster. His suspension is effective immediately, per Major League Baseball’s announcement.

Santos, 21, made his big-league debut on April 22 and pitched a perfect inning of relief that included two strikeouts in a San Francisco win over the Miami Marlins. He took the loss in each of his next two appearances and owns an 0-2 record with a 22.50 ERA in three appearances in the major leagues.

The Dominican Republic native has pitched in 14 games for Sacramento this season, compiling a 1-1 record, a 5.17 ERA and 15 strikeouts over 15 2/3 innings.

Since 2014, under MLB’s joint drug prevention and treatment program, a first offense for steroids or other PEDs garners a player an 80-game ban. A second offense equates to a 162-game suspension, and a third offense would lead to a lifetime ban from the league.