Ryan Preece's future at JTG Daugherty Racing has been up in the air for the last couple of months. Will he back with the team next season? 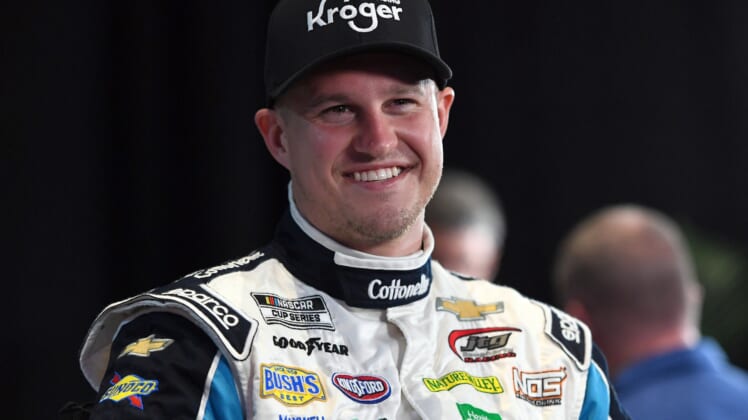 It has been an up and down season for Ryan Preece in 2020. Before the NASCAR Playoffs, Preece did not have a single top-10 finish in 26 races. However, he now has two top-10 finishes in the last six races at Bristol and Talladega. He also led laps at the Charlotte ROVAL in the final stage of the race.

At one point, it seemed inevitable that Preece would not return to JTG Daugherty Racing. His struggles were glaring and he took a major step down this season. In 2019, Preece finished 26th in the standings. He currently sits in just 29th place.

Has Preece done enough in the last six races to save his ride or will JTG Daugherty Racing make a move that many did not expect before silly season started?

This has drastically changed during the course of the playoffs. Preece now has six straight top-20 finishes, which is one less than he had during the whole regular season. Preece significantly struggled with consistency in the regular season, even if many of the incidents he was involved in were not his fault.

Preece has performed like a playoff-caliber driver during these playoffs. To move from round to round, a driver has to show consistency and run well at the same time. While Preece may not have the equipment to make the playoffs, if he’s given a better opportunity he could possibly contend for top-10’s on a weekly basis. The biggest issue for Preece is consistency, but we will see if he can keep up this successful string of top-20’s.

Will JTG Daugherty Racing downsize to one car in 2021?

When it was announced that Trackhouse Racing Team would sign Daniel Suarez for the 2021 season, rumors began to emerge on the future of the No. 37 charter. It was initially reported by The Associated Press’ Jenna Fryer that the No. 37 charter may have been sent to Spire Motorsports.

However, one of JTG Daugherty Racing’s team owners said he had nothing to report on the potential sale of the No. 37 charter. If this is the truth, then the possibility of Preece remaining with the team would drastically increase. Ricky Stenhouse Jr. has a contract through at least 2021 with sponsors on his side, such as NOS Energy Drink. If the No. 37 charter is sold, it’s almost a guarantee he will be gone.

On the other side, Spire Motorsports announced that it will field two cars next season. In this announcement, the company stated that it has secured a third charter for the 2021 season. It’s unclear where this charter came from. One of their charters will go to Trackhouse Racing Team, meaning another team either sold or leased them another charter. Information will come out in due time. But for now, we have to assume the charter has not been sold.

What are Ryan Preece’s alternative options?

Outside of JTG Daugherty Racing, there are several rides still available for Ryan Preece. However, the competition for these rides is intense as there are limited seats for many drivers. One option that has been floated around is moving to the NASCAR Xfinity Series to replace Chase Briscoe at Stewart-Haas Racing.

However, there have been rumors that current NASCAR Xfinity Series driver Riley Herbst could take over the potential vacant ride at Stewart-Haas Racing next year. If Herbst were to move into the car, it would take that option away from Preece.

Another option may be replacing Corey LaJoie at Go Fas Racing. According to Racer.com’s Kelly Crandall, talks between Kaz Grala and Go Fas Racing broke down due to a lack of funding. It would not be a terrible fit for Preece and allow him to still compete in the NASCAR Cup Series. Go Fas Racing has been looking for a young driver to take the seat for at least the next two years.

Ryan Preece has earned another opportunity at JTG Daugherty Racing in 2021. While the business side of NASCAR will be more important, no other driver should take his spot. There were rumors of Erik Jones replacing Preece in the No. 37, however, those talks have died down as Jones emerged as the frontrunner for Richard Petty Motorsports in 2021.

Preece may have struggled this season due to the lack of practice time. Many drivers such as defending NASCAR Cup Series champion Kyle Busch have struggled due to no practice and that is not out of the realm of possibility for Preece.

As the silly season dominoes continue to fall, it will be interesting to see what happens with JTG Daugherty Racing. Will they downsize to one car or keep the 29-year-old Connecticut native for another season? Another potential seat off the market would make the competition for other rides even more intense.