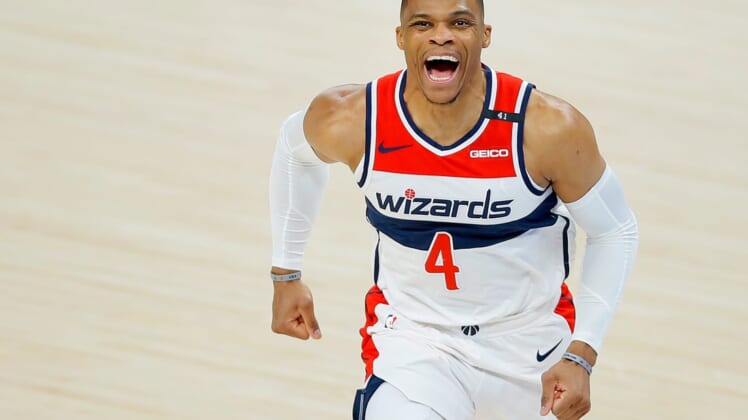 Washington’s Russell Westbrook (4) shouts before an April 23 game against the Thunder.Lx12074

Westbrook finished with 33 points, 19 rebounds and 15 assists in the Wizards’ 133-132 overtime win against the Indiana Pacers. He made the tying and winning free throws with one second left in the extra session to lift Washington to victory.

The 32-year-old Westbrook has a chance to grab sole possession of the record when the Wizards visit the Atlanta Hawks on Monday. 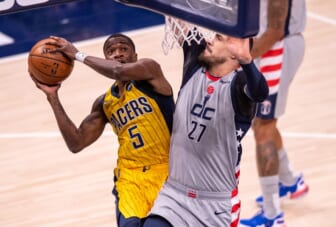 In his first season with Washington, Westbrook has 35 triple-doubles in 61 games. He also holds the single-season record with 42 triple-doubles during the 2016-17 campaign with the Oklahoma City Thunder.

Robertson has owned the record since the 1961-62 season. He was inducted into the Naismith Memorial Basketball Hall of Fame in 1980.