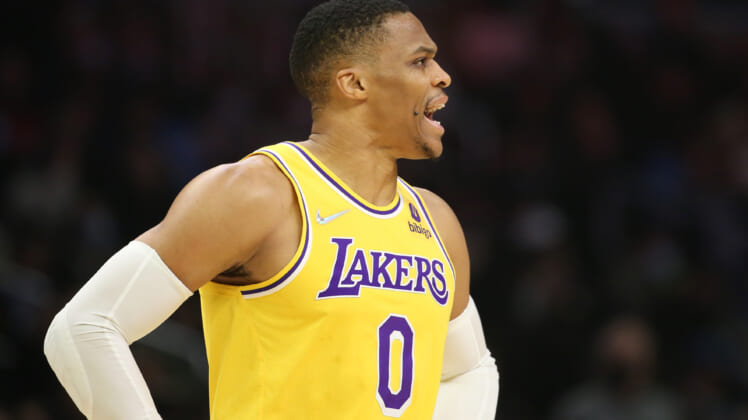 The Los Angeles Lakers acquired Russell Westbrook hoping he would thrive in a new role alongside LeBron James and Anthony Davis. Less than a year later, it seems increasing issues in Los Angeles have left both sides ready to separate.

Immediately after sending a huge trade package to the Washington Wizards – Kyle Kuzma, Montrezl Harrell, Kentavious Caldwell-Pope and the No. 22 pick – the Lakers faced skepticism. Many doubted that a ball-dominant guard without a reliable outside shot could fit with LeBron and Davis. However, both superstars pushed for the deal to happen.

The results are nothing short of disastrous. After months of bad play, Westbrook is starting to direct his frustrations towards fans and the media. It seems to be the same type of reaction Westbrook has levied against critics within the Lakers’ organization when pressed to make changes. 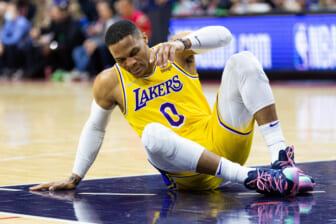 Also Read:
2 reasons why Russell Westbrook will be traded this offseason

NBA insider Marc Stein reports that Westbrook has shown “defiance” behind the scenes when teammates and coaches suggested a role change or an adjustment with his approach. Because of it, along with his poor play, one source told Stein that a return to Los Angeles for Westbrook next season is ‘impossible’.

LeBron, Davis and the Lakers’ front office set high expectations for themselves and Westbrook entering the season. With the team now skidding towards the finish line, in serious danger of not making the play-in tournament, it’s not a surprise changes are looming.

The 33-year-old guard certainly won’t be declining his player option this offseason, considering how much money is on the table. Essentially locked into a one-year, $47 million contract, the Lakers will have to search desperately for a team willing to absorb the money.