Roughriders amped for revenge as Alouettes arrive for rematch 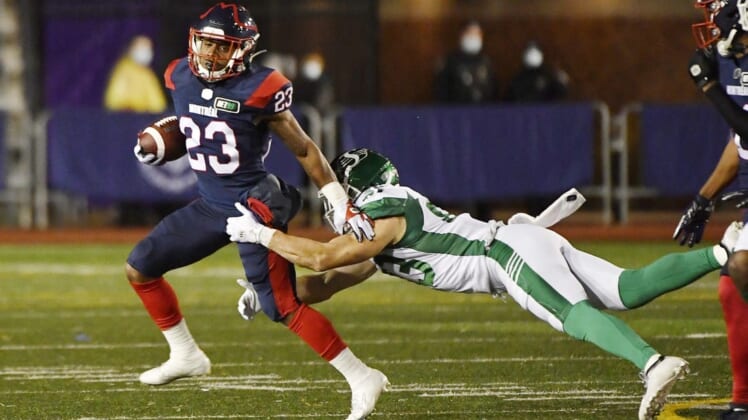 The Saskatchewan Roughriders will look for revenge when they host the Montreal Alouettes on Saturday night in Regina.

It will be the second game in a row between the teams, who also squared off June 23 in Montreal. The Alouettes cruised to a 37-13 win in that contest.

A big win for his team in the first game did not guarantee any success in the rematch, Alouettes head coach Khari Jones said.

“There are things they probably didn’t use, and there are things we didn’t use in the first game and things that were discovered from this game. We’re just going to bring out our best and hope it’s good enough.”

Montreal (1-2) is hoping for back-to-back victories after dropping its first two games of the season by a combined four points. The Alouettes also are aiming for their first win on the road.

Saskatchewan (2-1) is in the opposite seat after having won its first two games. The Roughriders scored a combined 56 points in those wins before managing only 13 against Montreal.

Roughriders playmaker Duke Williams said he and his teammates were capable of much more. Williams had four receptions for 101 yards and a touchdown in the first game against Montreal, but he lamented other big plays that he did not make.

In the rematch, Williams said, he would capitalize on every opportunity.

“I’ve got a lot on my chest right now and they’ve got to see that,” Williams said. “I’m going to let it all out by letting it out here at practice this week, and come Saturday, I’m going to bring that dog out. Everybody ain’t dogs, but I’m one of them.”

Montreal quarterback Trevor Harris completed 16 of 22 passes for 262 yards and one touchdown in the first meeting.

Saskatchewan quarterback Cody Fajardo was 17 of 28 for 191 yards and two interceptions. Mason Fine backed him up and completed 7 of 9 passes for 83 yards, one touchdown and one interception.