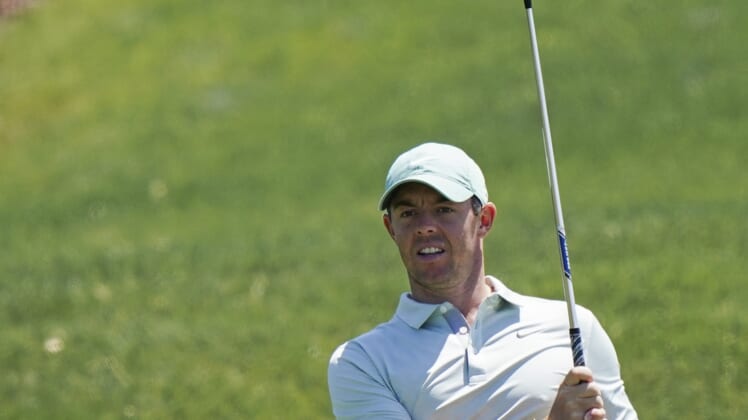 The timing and location of this week’s PGA Championship at Kiawah Island’s Ocean Course work out nicely for Rory McIlroy.

The Northern Irishman won by eight strokes the last time the event was played at the South Carolina venue, in 2012. In addition, McIlroy is coming off his first victory in 18 months, as he captured the Wells Fargo Championship in Charlotte, N.C., on May 9.

Comparing himself now to where he was nine years ago, McIlroy said Tuesday: “I think a lot has changed for the better. I’m standing up here probably more confident in myself, happier with where I am in my life, and yeah, just sort of enjoying everything, enjoying life, enjoying everything a bit more.”

The intervening time saw Rory McIlroy win both the 2014 Open Championship and the 2014 PGA Championship, his third and fourth career major titles, respectively, and 12 other events worldwide through his victory at the WGC-HSBC Champions in November 2019.

McIlroy then went into a prolonged slump.

After missing the cut at the Masters in April, McIlroy slipped to 13th in the world rankings, his lowest position in years.

“I went into the Masters searching and feeling like I was somewhat on the right track but still hadn’t seen any progress on the golf course,” he said. “I had seen some progress off it and on the range, but then trying to get it on to the course was still — I was in that transition period.

“Just having those extra couple weeks after Augusta to work on some more stuff and then go to Quail Hollow and start to see some good shots under pressure, I was like, ‘Oh, this is feeling a little more comfortable.’ Yeah, just more comfortable, I guess, with everything.”

“I talked to him (again) on the phone on Saturday. Yeah, we’re in touch and … it’s hard to say that we’re working together, but we’re in contact every week, and I really value his input.”

McIlroy even is looking forward to hearing the input of spectators at Kiawah.

“I don’t even care about the stupid comments,” he said. “I’m just glad that everyone is back here.”

Going into the second major of the season, McIlroy said of the state of his game, “I want my game to get better. I want to become more consistent. I want to be in those (contending) positions more often than I have been, and that’ll just mean keeping the head down and putting in the work.

“I’ve been doing that for the last couple of months, and it was nice to see some results pretty early on. But I feel like there’s still a long way to go.”