Rory McIlroy: Off days ‘just a little too much’ of late 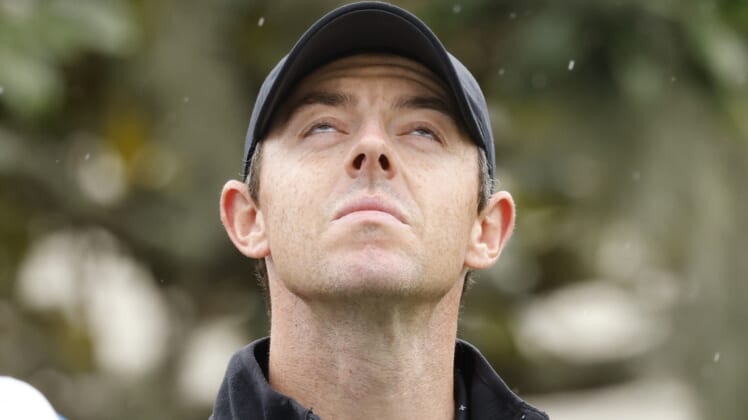 Rory McIlroy is dealing with a bag of mixed emotions leading up to The Players Championship.

He is the defending champion, but that win came two years ago. McIlroy was nine shots behind Hideki Matsuyama when the tournament was canceled after the first round last year as the coronvarius pandemic gripped the world.

“I think I feel a bit better about that than Hideki does,” McIlroy quipped when asked Tuesday about not chasing nine shots to defend his title this year.

McIlroy enters The Players with consecutive top 10 finishes, but he has also fallen outside the world top 10 for the first time in three years.

The Northern Irishman dipped to No. 11 after struggling to a 76 on Sunday at the Arnold Palmer Invitational. In his previous start, McIlroy shot a 71 on Sunday to slip to a T6 after being in contention early in the final round.

“Just trying to get the bad golf a little better because the good golf is always there and the good shots will always be in there,” he said. “It’s just when you’re not feeling quite 100 percent, that’s when you need to just be able to manage it a little better, and I just haven’t managed it well over the last few weeks.”

McIlroy missed the cut at the Genesis Invitational last month. Outside of that, he has finished no worse than T21 in his past 12 worldwide starts. That included a T8 at the U.S. Open and a T5 at the Masters.

However, McIlroy has not won since 2019 and the frustration of being able to put together four solid rounds is clearly starting to weigh on him.

McIlroy admitted he felt “dejected” walking off the 72nd hole at Bay Hill on Sunday. Knowing he had missed another opportunity to snap his winless spell, McIlroy told a reporter he was in need of a “spark.”

“I’d almost feel better if my game was worse,” he said Tuesday. “But it’s the inconsistency of I shot 66 on Thursday and thought, ‘I’ve got it, I feel really good,’ and then I didn’t quite have it.

“The ups and downs are just a little too much.”

McIlroy ended up finishing eight shots behind Bryson DeChambeau on Sunday. He is in the middle of a stretch of nine events in 12 weeks leading up to the Masters.

The 31-year-old will arrive at Augusta National next week in search of his first major title since 2014. McIlroy will also take another crack at completing the career grand slam of winning all for majors.

But he’ll have to find a way to get more out of his subpar days – similar to how he birdied the final three holes last year to finish his first round at TPC Sawgrass at even par.

“I think that’s where I’m sort of struggling to come to terms with it and sort of trying to figure out what I need to do, because the good stuff is there,” he said. “It always will be. I’ll always be able to figure it out and find a way.

“But it’s when it goes slightly off, how do you manage that?”