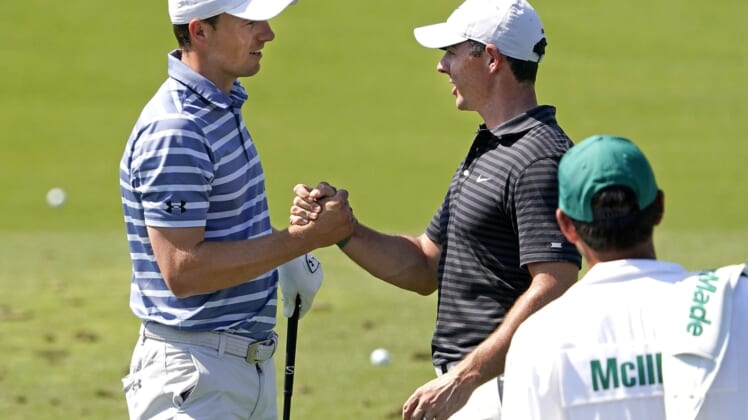 The irony is palpable with Rory McIlroy favored to win this week’s PGA Championship and Jordan Spieth nipping at his heels among oddsmakers.

McIlroy broke an 18-month winless drought in his most recent start two weeks ago at the Wells Fargo. He’s now seeking to snap a seven-year major drought dating back to his second PGA triumph in 2014.

The Northern Irishman was favored at +1100 by BetRivers as of mid-day Wednesday, with Spieth in a group offered at +1400 along with second-ranked Justin Thomas and third-ranked Jon Rahm. Spieth has been bet down even further at DraftKings, where he is at +1500 behind McIlroy (+1150), Thomas and Rahm (each +1450).

Spieth’s remarkable resurgence this year was punctuated with a win at the Valero Texas Open, his first since The Open Championship in 2017. That was part of a string of four consecutive top-10 finishes that has helped Spieth rocket from 92nd in the world rankings in February to 26th when he arrived at Kiawah Island in South Carolina this week.

Even a bout with COVID-19 couldn’t stop the Dallas native as Spieth returned with a T9 at last week’s AT&T Byron Nelson.

Few would have predicted Spieth to be arguably the most consistent player on tour this year, but it’s impossible to argue with eight top-15 finishes in his past nine starts, including a T3 at the Masters.

McIlroy won by a PGA-record eight shots in 2012, the last time the event was held at Kiawah Island’s Ocean Course, which this week will play as the longest in major tournament history. He is being backed by the largest percentage of total handle (8.3 percent), outright winning handle (11.2 percent) and outright winning bets (13.1 percent) at BetRivers.

Spieth is the only player at the sportsbook to be backed by a larger percent of total bets with 5.1 percent to McIlroy’s 4.2. The largest current bet has also been placed on McIlroy, with a $10,000 wager holding a potential $120,000 payout if he wins. 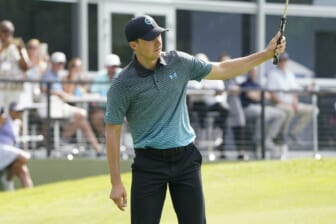 The PGA Championship annually features a strong international field, with 99 of the top 100 players in the world descending upon Kiawah Island this week.

World No. 1 Dustin Johnson enters as an X-factor after withdrawing from the Byron Nelson last week due to a lingering knee issue. He has pulled out of three events in 2021 and doesn’t have a top-10 finish in three months.

The length of the Ocean Course could play into the hands of Bryson DeChambeau, who is being offered at +1650 by DraftKings. He has been backed by 3 percent of the bets and 4 percent of the handle at DraftKings, same as two-time PGA champion Brooks Koepka (+5000) and rising stars Viktor Hovland (+2000) and Will Zalatoris (+5500).