Robert Whittaker vs Marvin Vettori is reportedly set for UFC Paris on Sept. 3 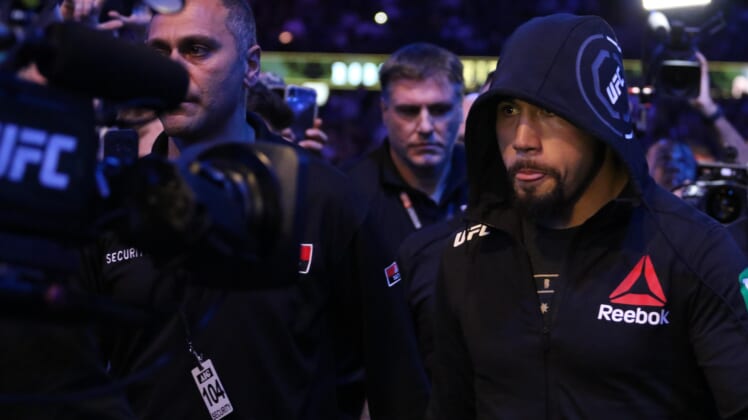 A booking pitting two of the best MMA middleweights on the planet in Robert Whittaker vs Marvin Vettori has been rescheduled to take place in September.

On Tuesday, veteran MMA reporter Marcel Dorff tweeted the news that a fight between two of the top four ranked fighters at 185-pounds would clash at UFC Paris on Sept. 3. The event is set to be the promotion’s debut in France.

France had outlawed MMA for 15 years before ending the ban in 2020. However, the COVID-19 pandemic derailed plans for major promotions to put on events in the country until this year. Earlier this month, Bellator was the first major cage fighting organization to produce an event in France with Bellator 280. Which was headlined by a heavyweight title bout featuring native son Cheick Kongo.

The matchup between the No. 1 and No. 3 ranked middleweights in the UFC was originally booked to take place on June 11 at UFC 275 in Singapore. However, an injury incurred by Whittaker — a consistent problem for him over the last few years — forced the bout off of the pay-per-view card. Recent rumors pointed to the bout being added to UFC Paris, and the report from Dorff seems to confirm those rumblings.

This will be Robert Whittaker’s return to the Octagon after falling short in a bid to regain the division crown from champion Israel Adesanya at UFC 271 in February. Despite landing several takedowns and the bout being much more competitive than their first bout three years ago, “The Reaper” lost by unanimous decision. He had won three straight before the setback earlier this year.

Marvin Vettori last fought in October. Beating former title contender Paulo Costa by unanimous decision in the main event of a UFC Fight Night card. He has won six of his last seven with his lone defeat being in a title opportunity against Adesanya.