Rob Riggle roasts Mark Davis about hair: ‘Now THAT is a Super Bowl’ 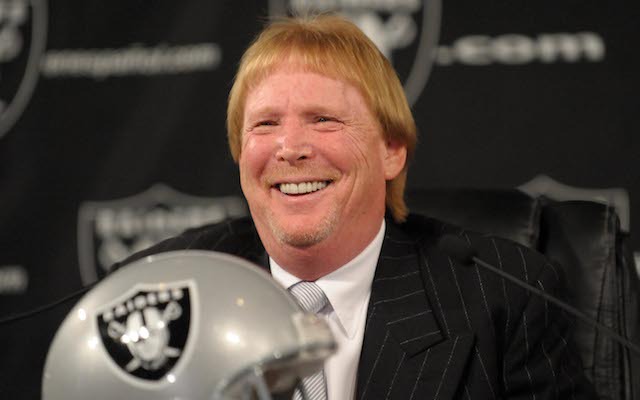 Rob Riggle landed the gig to host NFL Honors 2018, and the comedian didn’t hold back during his opening monologue. While some of his jokes fell a bit flat, one in particular stands out as especially hilarious.

Oh my goodness. At NFL Honors, Rob Riggle just pointed at Raiders owner Mark Davis and said “Now THAT is a Super Bowl.”

Davis was a good sport, pointing to his haircut, which as we all know resembles the look Harry and Lloyd sport in Dumb and Dumber.

It’s a good thing he hit a home run on this one, because Riggle struck out on a couple other bits.

Ben McAdoo looks like the Radio Shack manager your mom dated right after the divorce.”

Rob Riggle makes a joke about Redskins team name and camera goes to Alex Smith and Josh Norman. Tough spot for those guys.